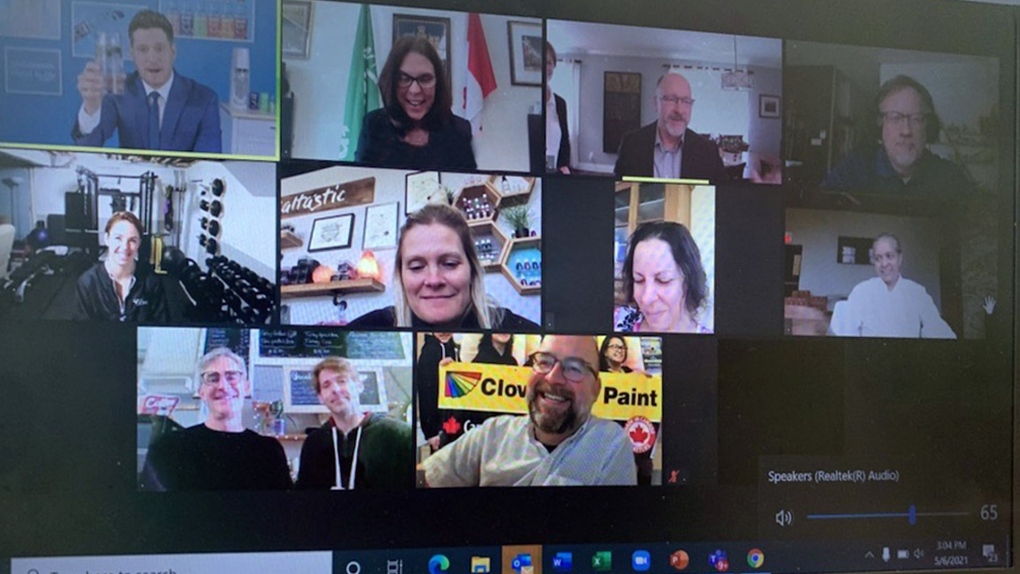 OTTAWA -- North Grenville has no plans to replace the town's water with Bubly Sparkling water, despite a personal request from Michael Bublé.

"In jest, he suggested replacing town water with Bubly Sparking water, and then inquired about the expansion of County Road 43," said McManaman.

Peckford was approached in March by a Toronto-based casting firm which finds "real people" for leading national advertising campaign. Bublé's drop in during the meeting in North Grenville was part of a new SodaStream campaign, announcing the availability of Bubly drops in Canada for SodaStream sparkling water makers.

"I was aware of the plan and thought it would be a fun way to get North Grenville on the radar as we launch an ambitious tourism strategy," said Peckford.

"Of course, I told Mr. Bublé that we are very proud of our high-quality municipal water and we have absolutely no plans to replace it with sparkling water. Our water in North Grenville is some of the best in Eastern Ontario."

North Grenville says none of the participants of the Zoom call from North Grenville will be financially compensated for appearing in the upcoming campaign.

North Grenville includes the town of Kemptville, and is located south of Ottawa.