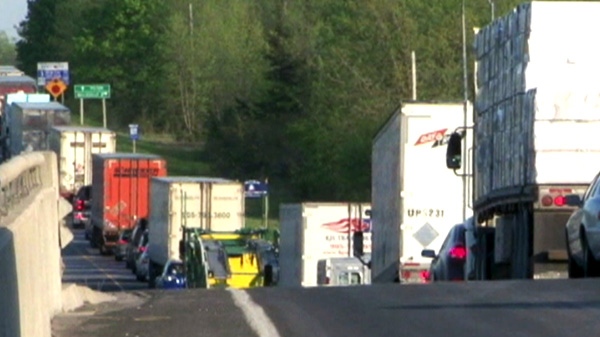 The men killed in a fatal and fiery crash on Highway 401 in the Quinte region, east of Belleville, have been identified.

Christian Martin, 50, of Gomiquiere, Quebec and Thomas Avon, 65, from Hannon, Ontario died in the collision which closed parts of the westbound Hwy. 401 east of Shannonville Road for hours as officials investigated.

The crash happened Tuesday afternoon when an eastbound big rig crossed the median and hit a westbound transport.

Police say both trucks were immediately engulfed in flames, killing both drivers.