Meet the new head coach of the Ottawa Redblacks

Meet the new head coach of the Ottawa Redblacks 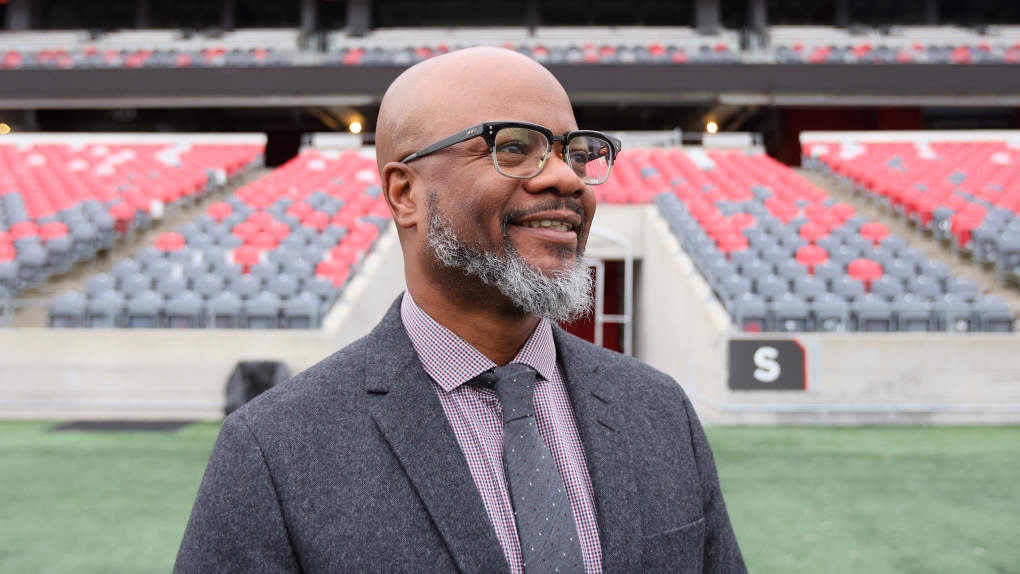 Bob Dyce poses for a photo after being named as the new head coach of the Ottawa RedBlacks CFL team at TD Place in Ottawa on Friday, December 2, 2022. (Patrick Doyle/THE CANADIAN PRESS)

Bob Dyce has been named the new head coach of the Ottawa Redblacks.

The 56-year-old served as the Redblacks special teams coordinator since 2016, before being named interim head coach on Oct. 1 following the dismissal of head coach Paul LaPolice.

"It's amazing that, seven years after first coming to Ottawa, I get to lead this talented group of players in front of such a passionate fan base," Dyce said in a statement.

"I look forward to working together with Shawn (Burke) and the players to build a strong team that we all will be proud of both on the field and in the community."

Dyce is the third head coach in Redblacks franchise history.

"Bob is not only an excellent coach but also a great man who personifies leadership. Bob will continue to inspire players to reach new heights as he leads us into a new era of REDBLACKS football in Ottawa," General Manager Shawn Burke said in a statement.

Dyce spent five years with the Saskatchewan Roughriders, including a stint as interim head coach in 2015, and was also the receivers coach with the Winnipeg Blue Bombers from 2003 to 2009.

The Redblacks finished last in the CFL's East Division in 2022, with a record of four wins and 14 losses. It was the third straight season the Redblacks missed the playoffs.

The federal privacy watchdog says Home Depot shared details from electronic receipts with Meta, which operates the Facebook social media platform, without the knowledge or consent of customers.

One of the planet’s most unique wildcats has been detected for the first time on the tallest mountain on Earth — Mount Everest.

Liberal member of Parliament and former cabinet minister Kirsty Duncan has announced that she is taking an immediate medical leave due to a 'physical health challenge.'