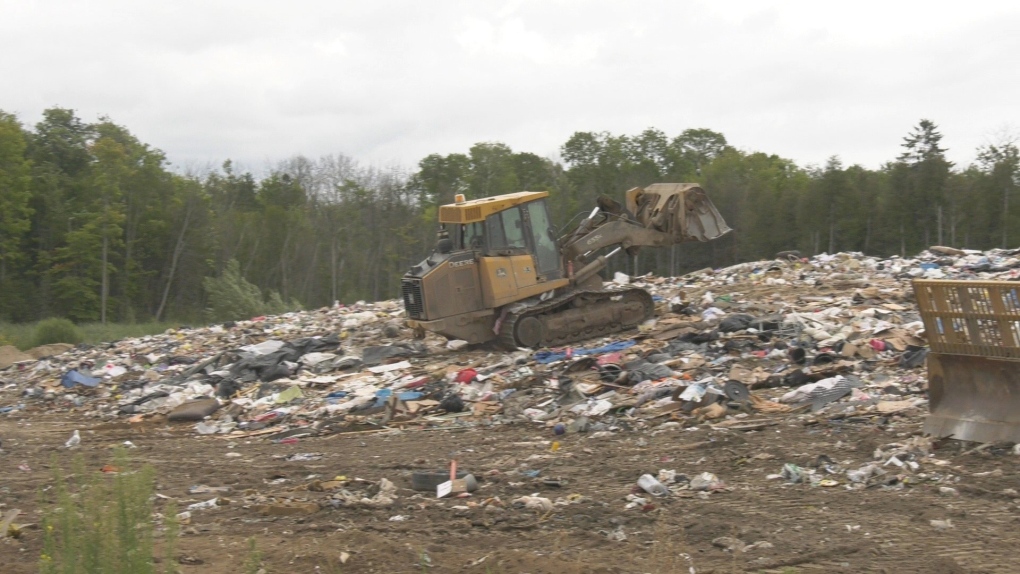 The McNab/Braeside landfill site. The township is looking at building a garbage disposal plant in the area to deal with waste. (Dylan Dyson/CTV News Ottawa)

A community group in McNab/Braeside is looking to trash a proposed garbage disposal plant that could be coming to the area.

The McNab/Braeside Alliance for a Clean Environment (MB-ACE) says they have been working throughout the summer to learn what they can and inform residents of what may come.

"I think there's an overall consensus that people don't want this thing," says Charles Crispim, chair of the MB-ACE group.

The plant would be operated by Sustane Technology, who already have an established plant in Chester, Nova Scotia.

An memorandum of understating between Sustane and the Township of McNab/Braeside would see up to 200 tonnes of garbage delivered to the site daily, where it would be turned into bio-diesel or fertilizer pellets.

While he has a problem with the transparency of the process the township has taken in bringing the plant to the area, Crispim is also voicing financial, environmental, and health concerns.

"They will be spewing emissions 24/7 in our community, in the heart of the community," Crispim tells CTV News.

"For me the biggest issue is the location. It's too close to the community," he says.

"The plant in Nova Scotia, the closest home is 3.6 kilometres away. In our case we have the school, we have ball diamonds, we have over 1,000 homes."

In a March 10, 2022 interview with CTV News,  Sustane Technology president Peter Vinall said that the plant uses an eco-friendly method of steaming the garbage to destroy it.

"We shred it up, and then we pull out the metals with some special magnets and machines to take out aluminum and other metals, and then we cook it," Vinall explained.

"We cook it in enclosed vessels, there's no combustion, we're not burning anything. We're just using steam, like a pressure cooker at home. And that causes the fibres to basically - in your papers and cardboards and diapers and food - to go back to fibres."

McNab/Braeside Mayor Tom Peckett says while he is intending to press ahead with bringing the plant to the current township landfill site, McNab/Braeside is able to pull out of the memorandum or understanding at any time.

"There actually has been no contract or anything signed at this point," Peckett tells CTV News.

"But we've been working on this together for about three years."