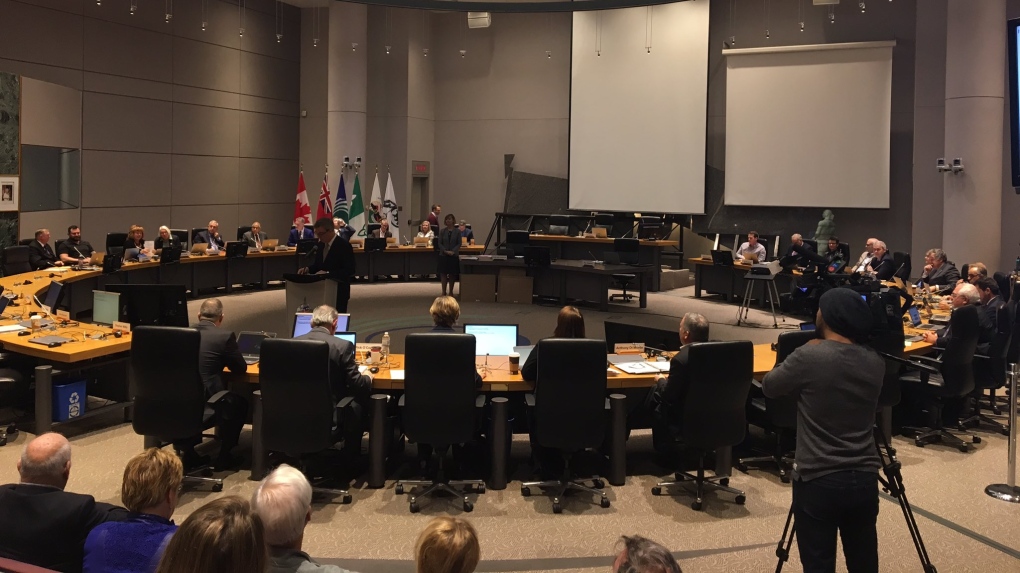 Last council meeting of the term at Ottawa City Hall on Wednesday November 28, 2018.

High tensions at the city council table have spilled over into an online feud on Twitter.

At city hall yesterday, councillors were debating over lowering or freezing OC Transpo fares. During the debate, questions were raised to city staff about ridership numbers declining since 2011. While Councillor Catherine McKenney was questioning staff, Mayor Jim Watson turned off her microphone.

"Councillor, your microphone is not on. Councillor, we're not in a debate with Mr. [John] Manconi. He has indicated he does not have those numbers; he will get them for you".

Today, McKenney got the chance to reply on Ottawa Now with Evan Solomon.

"That is not badgering, that is fair questioning. I think that if you don't do that, I'm not sure why you're around the table. I'm not sure why we can't have discussion and debate around that table. When my mic turned off, quite frankly it was insulting and infuriating. Turns out it's the first time he's done it in nine years, I'm not sure that I believe that, but if it is I will just wear that with a badge of honor".

Later on the show Councillor Shawn Menard, who was part of the online argument, called for more from the Mayor.

"The mayor is not our boss... our bosses are our constituents" said McKenney.

In the online Twitter thread, Watson called on Menard to apologize to city staff after yesterday's meeting. No apology has been made at this time.

In the end, council voted to freeze bus fares until LRT gets up and running.