Marking National Indigenous Day across Canada and in Ottawa 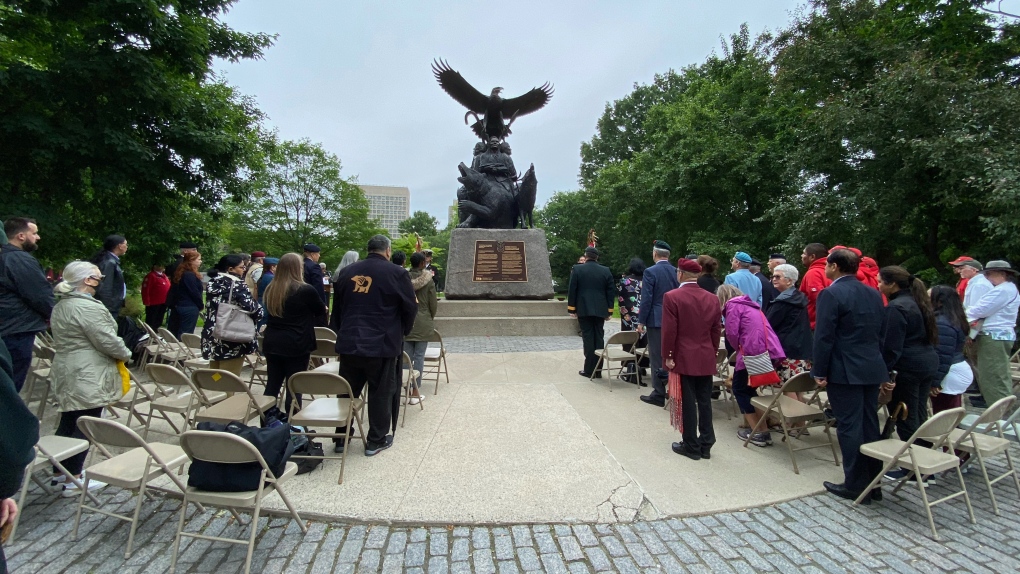 Events were held across Canada on Tuesday marking National Indigenous Peoples Day, including in the capital.

“It is a day to recognize the culture and contribution of indigenous people across Canada,” says Chief Wendy Jocko of Pikwakanagan First Nation.

A ceremony was held at the Aboriginal Veterans Monument on Elgin Street to honour Indigenous veterans.

Jocko served in the military for 23 years including overseas.

“It is very significant because it is honouring the valuable contributions that the indigenous people made to Canada during conflicts of war and peacekeeping duties across Canada and overseas," she said.

The festival features dancing, traditional drumming, and will culminate with a large festival and pow-pow on the weekend.

Stephanie Sarazin is the artistic director of the festival.

She says the festival will include education days for students.