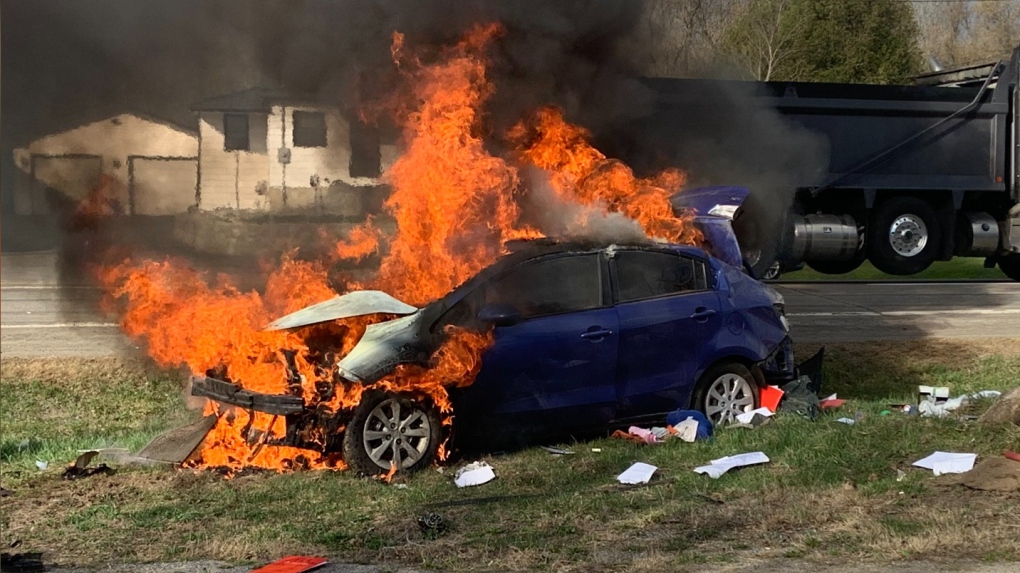 A man was taken to hospital after his vehicle rolled over and caught fire in the city's south end Tuesday. (Ottawa Fire Service)

OTTAWA -- A driver was seriously hurt when the car he was driving rolled over and caught fire in Ottawa's south end.

Firefighters arrived on scene and quickly extinguished the blaze.

Ottawa paramedics said the man, in his 50s, was taken to hospital suffering from back pain and a possible head injury, along with minor cuts to his hands.

He was in serious but stable condition.