Man rescued after falling 30 metres down face of Marmora Mine 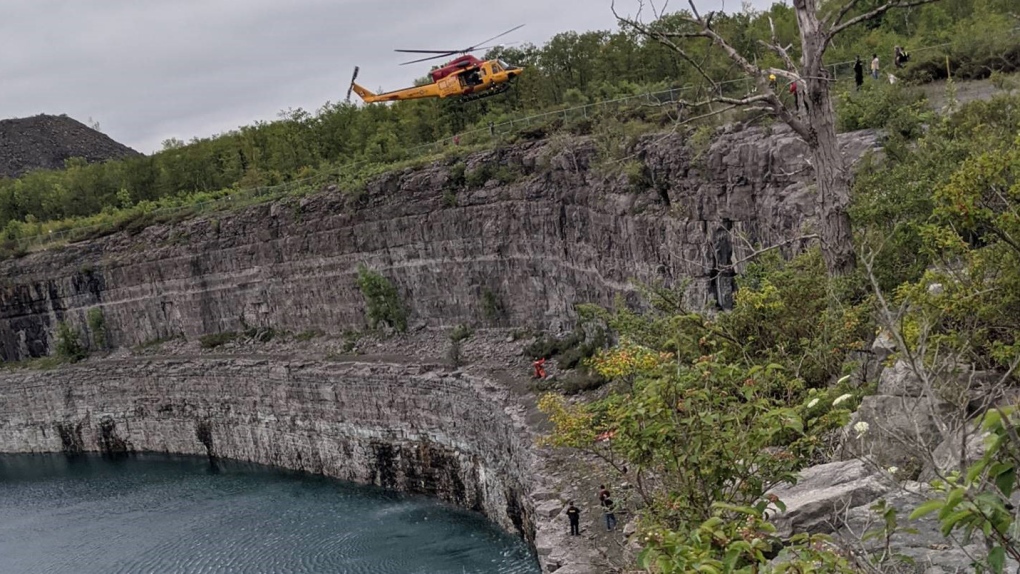 MARMORA, ONT. -- A man has been treated for his injuries after falling about 30 metres while trying to climb the rock face of the Marmora Mine north of Belleville, Ont.

In a release, Ontario Provincial Police said they were called to the mine at around 1 p.m. Sunday on reports the man had fallen.

Members of the Hastings Quinte Paramedic Service and the Marmora fire department were able to reach the man, who was conscious and alert. Due to where he was, the Joint Rescue Coordination Centre was called in to help lift the man to safety.

He was taken to hospital in Belleville to be treated for his injuries.

The Marmora Mine is closed to the public and "No Trespassing" signs are in place, OPP said.