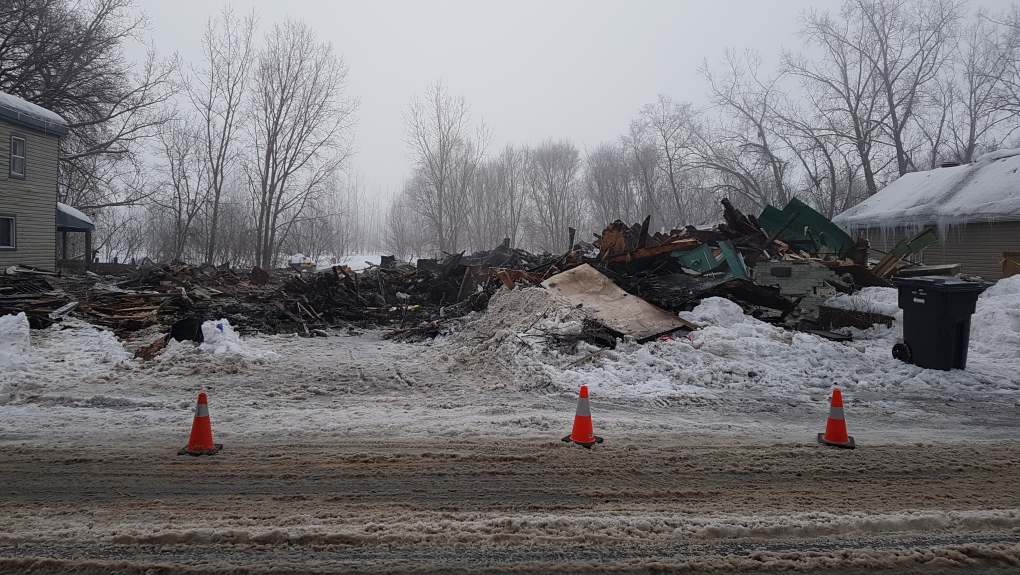 The ruins of a four-unit home on rue St. Louis in Gatineau. Feb. 28, 2021. Firefighters spent more than seven hours on Saturday getting a fire at this home under control. (Mike Mersereau / CTV News Ottawa)

GATINEAU, QUE. -- A man in his 40s is dead after a weekend fire in a four-unit housing complex in Gatineau.

It took firefighters about seven hours to get the blaze in the building on rue Saint-Louis, just west of rue Robert Savoie, under control on Saturday.   The fire broke out just before 1 p.m.

Gatineau police confirmed Sunday afternoon that a man was found dead at the scene.

A woman was treated in hospital on Saturday and released.

Gatineau fire officials said four people are displaced following the fire and are now in the care of the Red Cross.

According to a media release, 60 Gatineau firefighters battled the blaze until just after 8 p.m. Saturday, when it was finally declared under control. Officials say there was "significant damage" to the building and damage was estimated at $240,000.

The cause of the fire remains under investigation. A Gatineau police cruiser was parked outside the property Sunday morning.