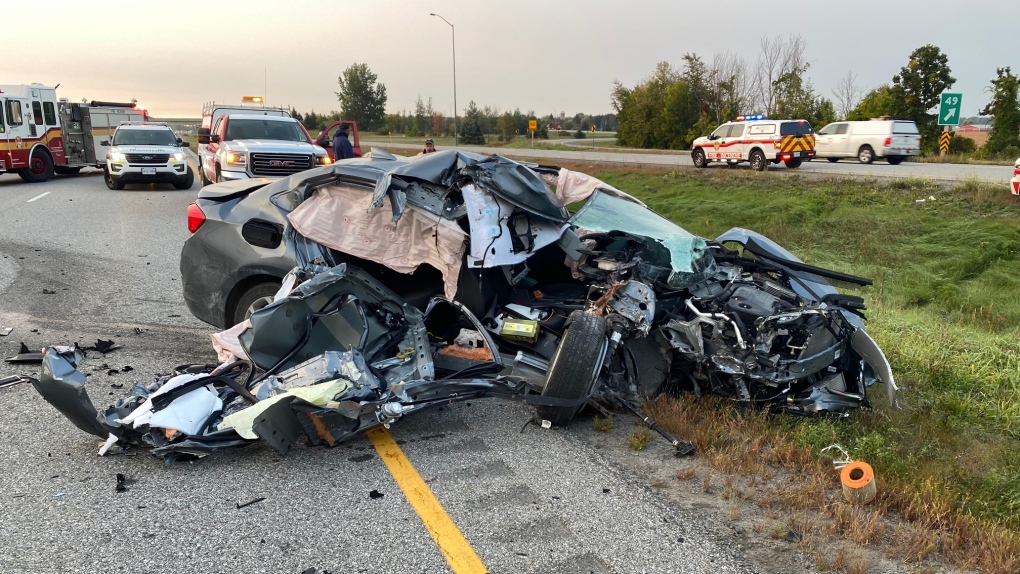 OTTAWA -- One man was airlifted to hospital after a serious crash involving a transport truck and a compact car on Hwy. 416 Tuesday morning.

The crash happened just before 6:30 a.m. on the northbound highway near Roger Stevens Drive, the Ottawa Paramedic Service said in a news release.

The second driver was unharmed.

The northbound Hwy. 416 was closed for several hours after the crash.