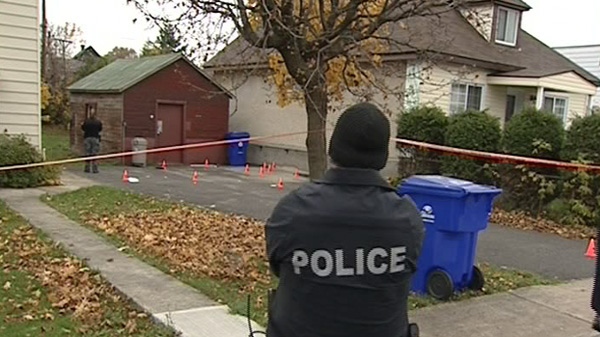 Gatineau police probe the scene of a fatal stabbing in Hull, Saturday, Oct. 30, 2010.

A 21-year-old man is facing charges in Gatineau's first murder of the year.

Aaron Richards is charged in connection with the fatal stabbing of a 21-year-old Ottawa man.

Gatineau police say the victim was stabbed at a home on Rue Ste-Helene sometime overnight on Friday.

The victim was there with a group of friends who arrived to collect a female friend's belongings.

The accused and the woman in the group had apparently just recently broken up.