Man charged after truck careens down embankment in Kingston 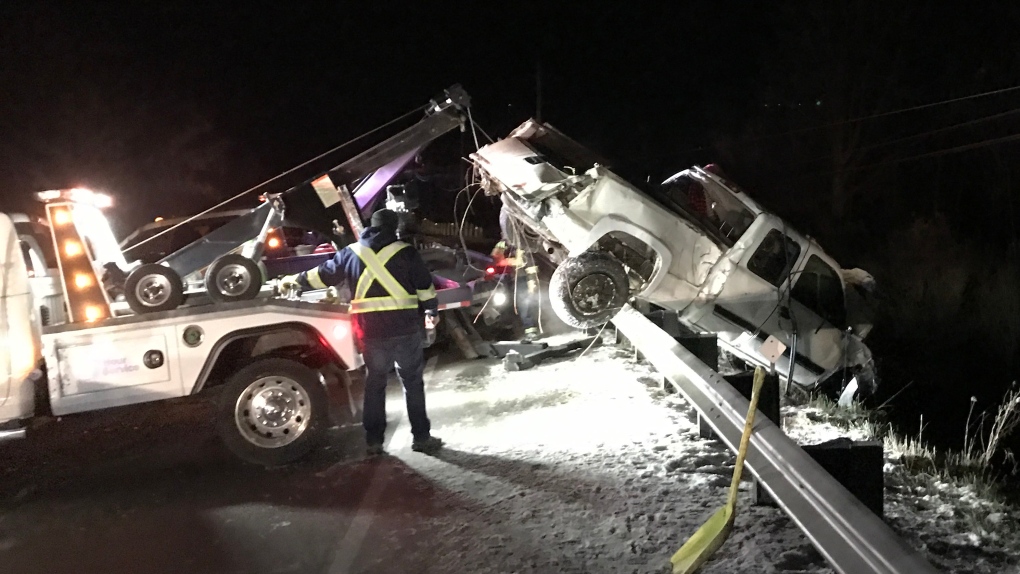 Crews extricate a damaged truck from an embankment next to Highway 38 in Kingston, Ont. The driver of the truck has been charged with impaired driving. (Kingston Police)

OTTAWA -- A 21-year-old man is facing impaired driving charges after the truck he was driving left the highway and careened down an embankment in Kingston.

The Napanee man was the only person in the Chevrolet Silverado pickup when “he lost control, struck the guardrail, became airborne and was launched down the east embankment,” Kingston police said in a news release.

The damaged guard rail was pushed out onto the roadway where a second vehicle, a sedan, struck it and was wrapped up by the guard rail, police said. The woman driving the sedan suffered minimal injuries.

Police said the man escaped the wreckage and climbed back up the embankment. Emergency responders arrived and quickly determined he was the driver and showed signs of impairment. Police said he was taken to hospital for treatment, but didn’t suffer serious injuries.

The man’s breath sample showed he had more than two times the legal limit of alcohol in his bloodstream, police said. He is facing impaired driving charges and was released from custody on a promise to appear in court.

The road was closed for several hours and reopened around 6:30 a.m. Tuesday.

Police say the accused was not the registered owner of the truck, so their investigation continues.

Anyone with information is asked to contact Kingston Police.