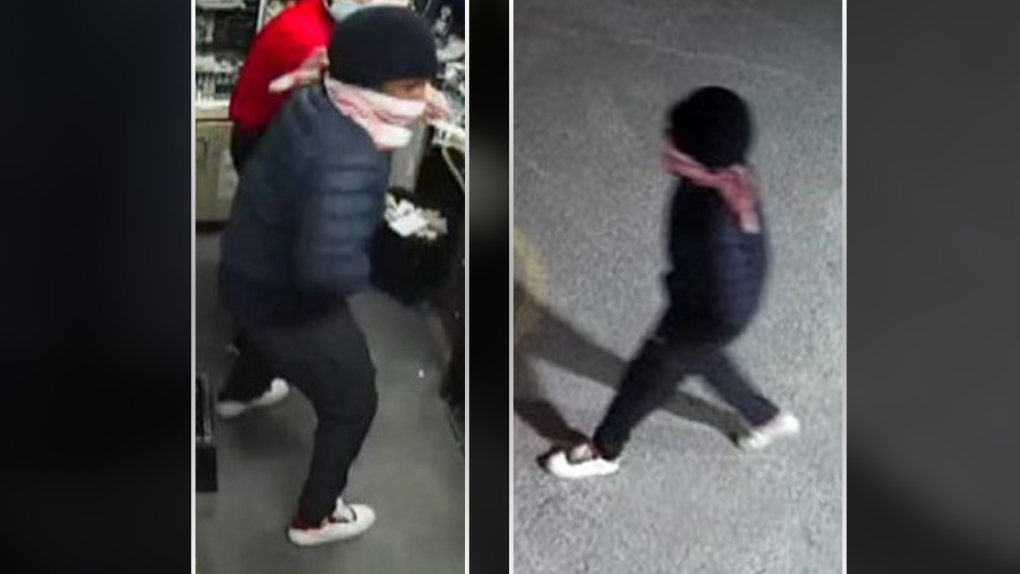 Ottawa police are asking for help identifying this individual, whom they accuse of assaulting a cashier at a Woodroffe Avenue business on March 14, 2021 and stealing money. (Ottawa police handout)

OTTAWA -- Ottawa police are asking for the public's help identifying a man accused of assaulting a cashier in Barrhaven and stealing money from the store.

Police allege that a man entered a business on Woodroffe Avenue, south of Longfields Drive, at around 11:40 p.m. March 14, assaulted the cashier and took an undisclosed amount of cash from the register.

The suspect is described as a Black man in his early to mid-twenties, approximately 5-foot-9 (175cm), with an average build.

He was wearing a black puffy jacket with the hood up, black pants, white running shoes and had a two-coloured bandana covering his nose and neck.

Anyone with information about this incident is asked to contact the Ottawa Police Robbery Unit at 613-236-1222 ext. 5116.