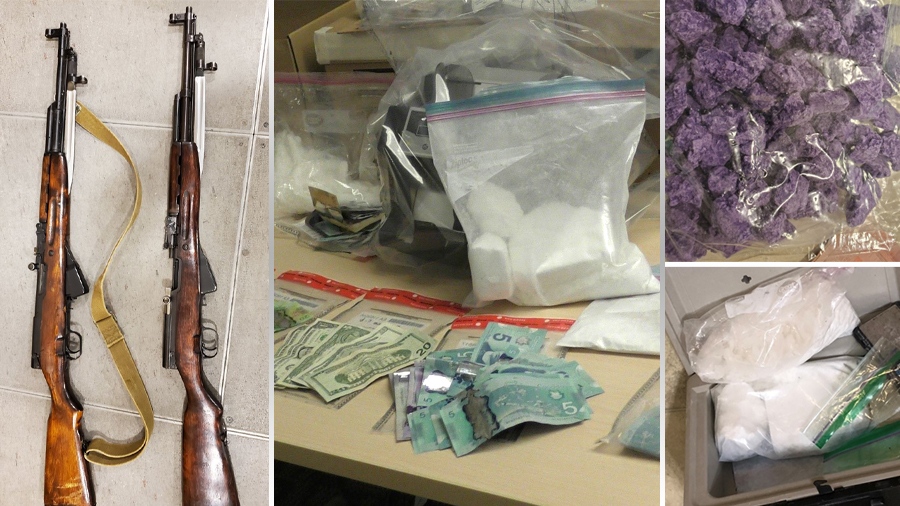 Kingston Police say a months-long drug investigation led to seizures of $459,000 worth of drugs and other items (Photos: Kingston Police)

KINGSTON, ONT. -- Kingston Police say a months-long investigation has led to four arrests and the seizure of more than $450,000 worth of drugs and other items.

Police said the investigation began in the fall of 2019 and targeted a "high-level drug trafficking cell operating in the City of Kingston."

Four men were arrested in early 2020, according to a police news release, and they have now been charged. Each is facing charges which include conspiracy to traffic in a scheduled substance, possession for the purposes of trafficking, possession of proceeds of crime, and several firearms-related charges.

Three men are from Kingston, and range in age from 31 to 38. A 28-year-old man from Toronto was also arrested and charged.

Kingston Police did not name the suspects.

Police said the investigation involved the aid of Toronto Police and several homes in both cities were searched. An estimated $459,000 worth of cocaine, crystal meth, fentanyl, guns and cars were seized.