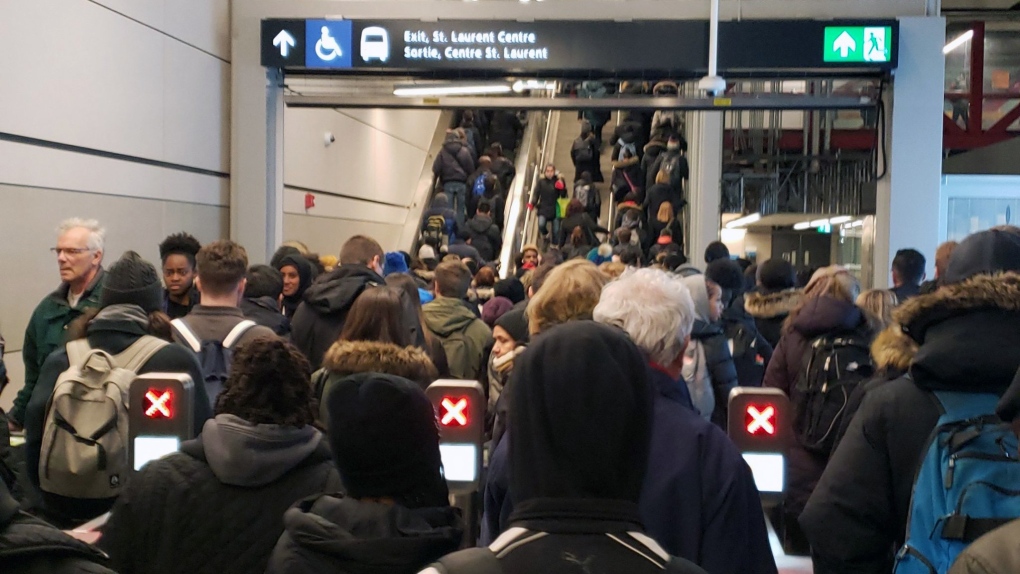 OTTAWA - A familiar, frustrating and grim story for Ottawa LRT riders trying to get home during rush hour Friday: another disruption on the system during the peak of rush hour, replacement buses had to be deployed.

The problems began with a medical issue at Hurdman station at about 4:15, with OC Transpo warning customers of modest delays of about 5 minutes.

Then things got worse a few moments later. A problem with a switch on the track caused the deployment of replacement buses, and the familiar frustration kicked in for transit riders.

There have been chronic problems with the launch of LRT in the capital. Since early October service has been inconsistent, especially during peak times. There have been problems with door jams, switch issues and software problems on the trains that continue to cause disruptions and delays.

Just after 5:15 pm Friday, OC Transpo tweeted that all trains were running again, and platforms were being cleared.