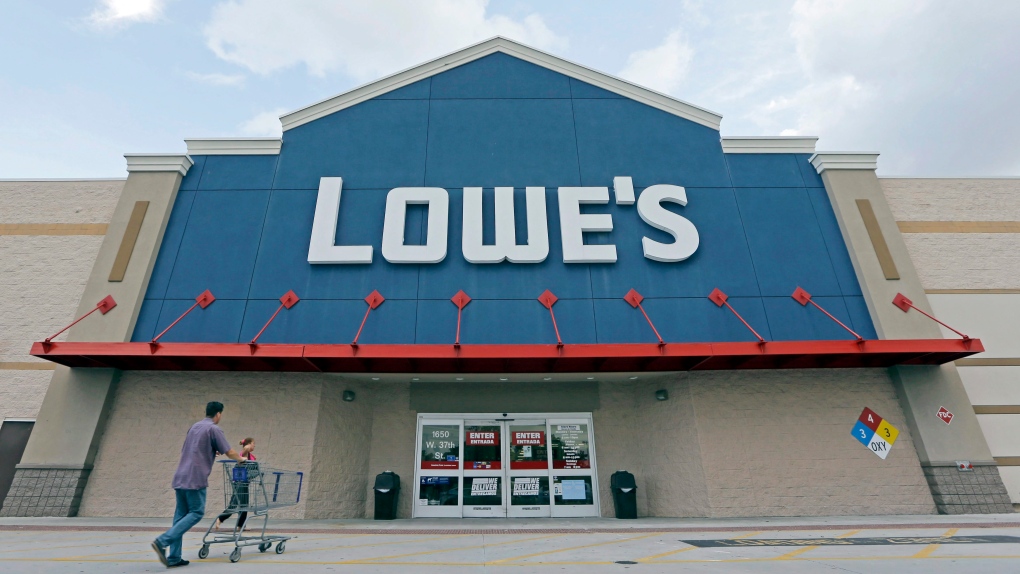 Two 'underperforming' eastern Ontario stores will be closing by the end of January as Lowe's 'optimizes' its network. (AP Photo/Alan Diaz)

OTTAWA — Lowe’s says it will be closing 34 “underperforming” stores in the new year as it seeks to “optimize” its network. The closures will affect Lowe’s, RONA, and Reno-Depot brands.

Two of the stores are in eastern Ontario.

"While making decisions that impact our associates and their families is never easy, closing underperforming stores is a necessary step in our plan to ensure the long-term stability and growth of our Canadian business," Tony Cioffi, Interim President of Lowe's Canada, said in a press release. "We are taking decisive action to build a healthy business which will provide us with the flexibility to reinvest in our future growth.”

In a statment, Lowe's says 102 people currently work at the Cornwall location, while 14 work in Brockville.

“It is too early to confirm the exact number of people who will lose their jobs at the end of the closure process, as many corporate stores from our network have unmet staffing needs; therefore, some employees may be offered the opportunity to transfer to a nearby store, whenever possible,” the statement says. “Everything will be done to ensure a smooth transition until the stores are closed. All impacted employees will be supported by our HR team and will have access to the Employee Assistance Program.”

These closures come just one year after Lowe's announced it was shuttering 31 Canadian locations.

RONA stores are facing the brunt of the cloures. 26 of the 34 announced closures are RONAs. North Carolina-based Lowe's had purchased RONA in 2016 in a deal valued at $3.2 billion.