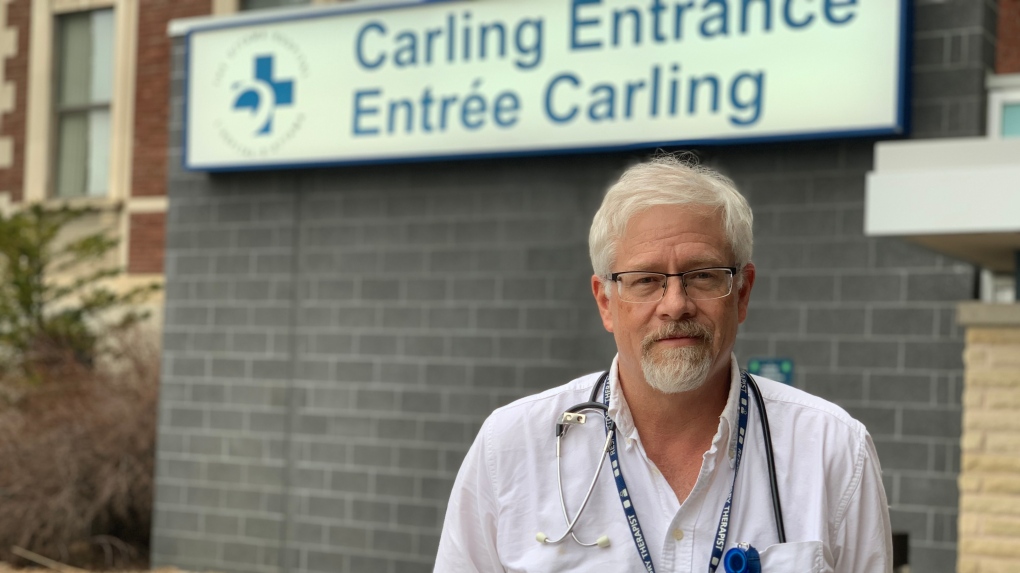 OTTAWA -- In his 37 years as a respiratory therapist, Dave Swift calls the COVID-19 pandemic the "scariest" and most “unrelenting.”

“The fact that it’s day in and day out, you never know. Unlike SARS, that just kind of abruptly ended as it mutated, this is continuing on.”

Swift and his team at the Civic Campus of the Ottawa Hospital are at the head of the bed tending to some of the sickest patients.

Among a number of responsibilities, the team helps patients with breathing, sometimes putting them on life support.

Swift braced for a busy weekend, but is now breathing a sigh of relief after treating what he called a ‘low average’ of ICU patients.

He said there were roughly 10 ventilators running over the weekend at the Civic Campus, which included a few COVID-19 patients and trauma patients.

Prior to the pandemic, there were anywhere from 10 to 20 ventilators running, Swift said.

He could only speak on the situation at the Civic Campus, pointing out the General Campus could be much different.

The General Campus of the Ottawa Hospital treats some of the most vulnerable population, including cancer and respirology lung patients said Swift.

While there were still many COVID-19 positive patients admitted to hospital over the weekend, Swift believes physical distancing is paying off.

Respiratory Therapists make up the smallest healthcare team in the hospital, he added.

“On a daily basis there are between eight to 10 of us on each site and we’re covering 450 beds. The Intensive Care Unit, the Trauma Unit, the Emerg. We cover everything,” Swift said.

The feeling of breathlessness can be hard to relieve, said Swift.

“As a clinician or family member you feel helpless, you provide the care you are trained to but have limits to how much you can do.”

Swift is sharing his reality, in hopes of spreading knowledge on a job he feels is overlooked.

Coming home after a long days work also comes with its challenges.

Swift’s daughter keeps at arms-length distance with him as the pandemic evolves.

“She doesn’t want to get close to me, because she’s afraid that I’ll bring something home.”

There are roughly 3,000 RTs in Ontario, with Fanshawe College in London home to the largest program in the province.

More than 100 students there are being granted early licensing to help on the front lines.

Meanwhile, the death toll in New York City has surpassed 9/11.

“New York has more people on ventilators than they have RT's to run them,” he said.

The Ottawa Hospital is not taking any chances.

“Then plan is to up-staff tremendously. We’ve just increased our staff by another 10. So at any point we’re probably going to have 20 people almost double what we would normally have,” Swift said.