Looking to camp this summer? Here's where you can camp for free in Ontario

OTTAWA -- Summer camp sites are a hot commodity in 2021, with many places already sold out.

But, did you know there are places where you can camp for free in Ontario?

'Crown land' camping is a go-to for many off-grid adventure seekers, but with reservations for Provincial Parks in Ontario filling up fast for this summer, some are heading off the grid.

While camping in a provincial park, you have access to facilities and you often stay at a designated site that is prepared.

Crown land camping means you find the sites yourself, often hiking in or paddling in to the site.

"The best way to enjoy life is to get outside and do things outside of the house."

Bishop has camped at Provincial Parks, but enjoys spending time on Crown land sites, and thinks this summer it may be busy.

"What I anticipate for most people is a sort of shift to backcountry exploration; people are going to get tired of trying to book a campsite in Algonquin or another provincial park in Ontario and they’re going to be looking for ways to escape into nature."

"It’s just a breathtaking feeling. You will feel a real sense of pride and accomplishment that you made your way there and you discovered it yourself and you camped there," says Martin Pate. "You feel like you belong; you feel like you’re living in the woods, as opposed to just a tourist."

Pate is an off-grid camping veteran; he and his wife even have a YouTube Channel devoted to helping beginners.

However, Pate warns Crown camping is not for everyone. 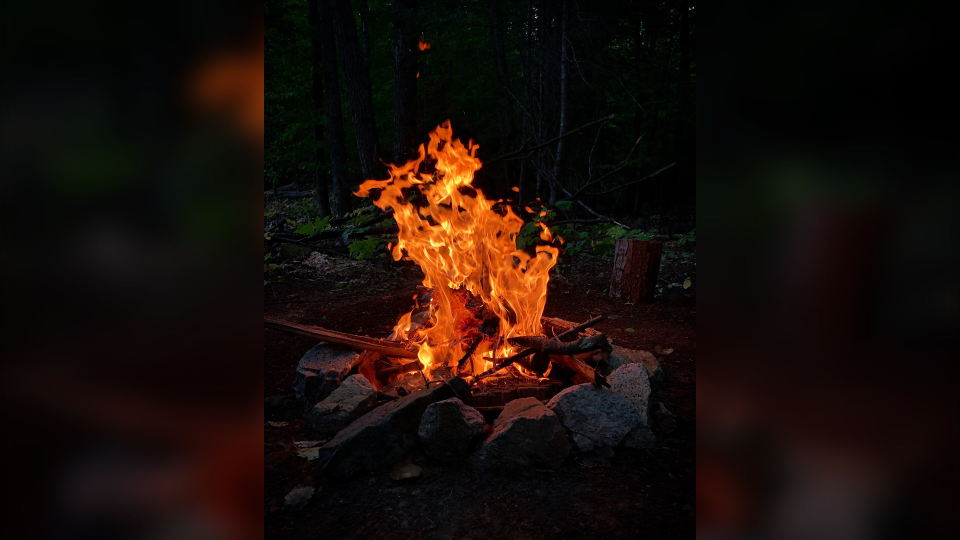 What is Crown land?

"Crown land in Ontario is managed by the Ministry of Natural Resources and Forestry, this includes shore lands and the beds of most lakes and rivers," according to the Ontario government's website.

About 77 per cent of the province’s land mass is made up of Crown land managed under the Public Lands Act, with an additional 10 per cent Crown land held as provincial parks and conservation reserves.

Most of it is northern Ontario.

Federal lands, including national parks and some harbours and canal systems, are managed under federal laws.

Specific areas of Crown land allow you to camp.  If you’re a resident of Canada, it’s free for up to 21 days on one site.

"It gives an opportunity for people in the province of Ontario to explore the outdoors; it’s a compliment to things like Ontario Parks," says Jolanta Kowalski, Senior Media Relations Office with the Ontario Ministry of Natural Resources and Forestry.

How do I camp on Crown land, and where?

"What I would do is start by talking to someone how has done it before," says Bishop. "Or go into an outdoor store and start your journey there."

The province has specific rules and regulations for "Recreational activities on Crown Land" on its website.

To find a location to camp, the province has created a "Crown Land Use Policy Atlas."

Look for any signs that prohibit camping when you arrive.  For additional restrictions on who can camp, check the province’s website. 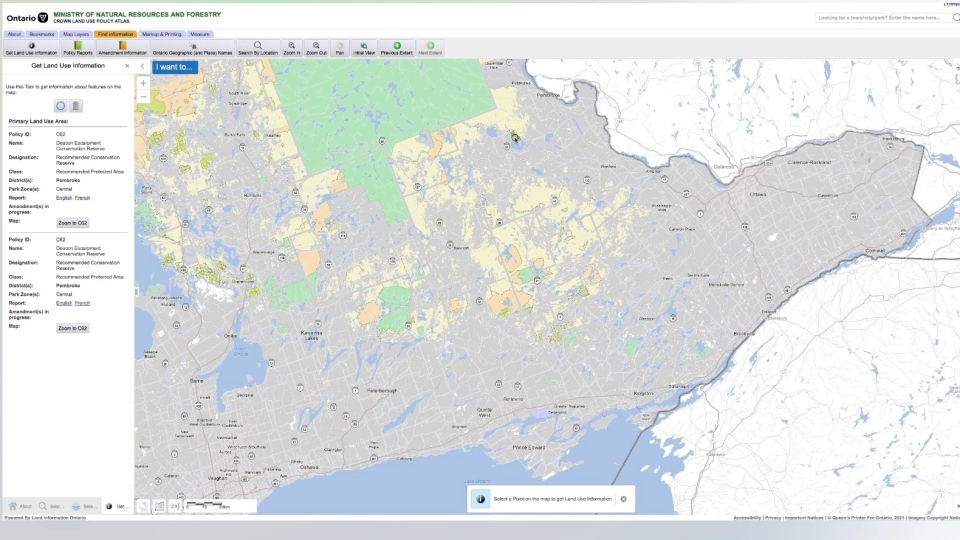 Pate says many locations are far off the grid, and you need to be prepared for emergencies.

"It’s not like being in a park, where there are established routes, waterways, logging roads around to get to you."

Bishop also has the same advice, saying something as simple as a cut on your finger can become a big deal if you’re a multiple-hour hike into the woods. He says to have an exit plan incase things go wrong.

Where do I go to the Bathroom?

When CTV News Ottawa asked Pate, "where do you go 'number two,' while camping", Pate suggested you bury your waste, but burn your toilet paper.   He’s devoted an entire video to helping explain the process to beginners.

Be respectful and "Leave no trace"

Pate says you need to pack everything out, and leave as little impact to the area as you can.

Kowalski says that Provincial Conservation officers do enforce Crown Land, but they count on users to be respectful.

"We want people to use the resource appropriately and not tarnish the resource  That’s why we look to Ontarians to do the right thing and not wreck what they’re enjoying."