Long-lost siblings meet for the first time in Kingston, Ont. 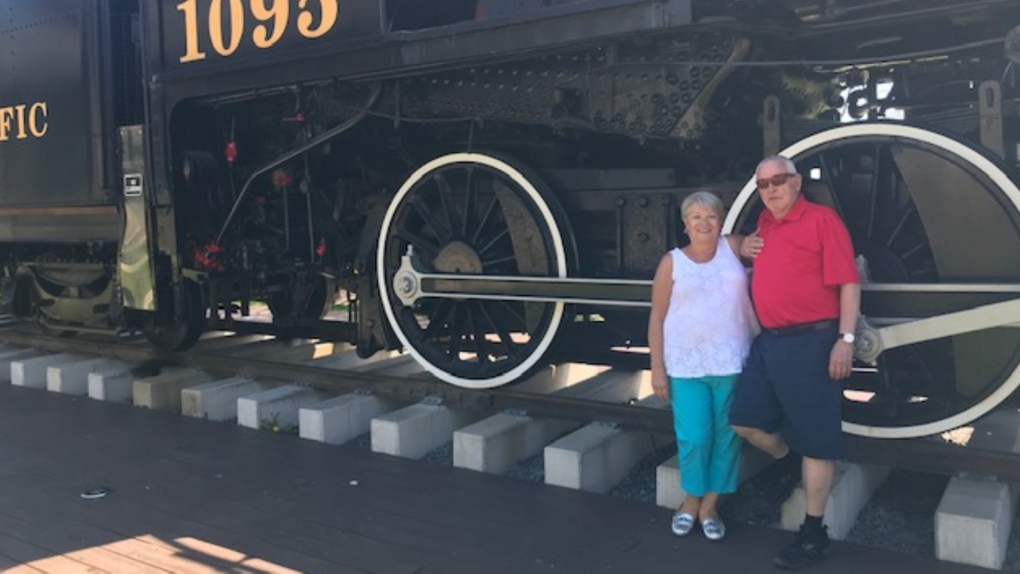 KINGSTON, ONT. -- It was a hug decades in the making for François Gagnon and Joanne Yule.

The two siblings, one raised in Quebec and the other in Ontario, never knew the other existed until they found each other on an ancestry website just months ago.

They met in Kingston for the very first time on Saturday.

"Look at you," marveled Yule, as the two met. "You look like (brother) Larry... you have my mother's eyes."

Gagnon was put up for adoption at birth in 1946, in Montreal. His parents were young and unmarried.

He grew up in a family with three sisters, who have all have passed away.

"I had no more family. My adopted sisters are deceased, my adopted parents are deceased and, all of a sudden, a new family has arisen. It’s something else," Gagnon said.

Eventually, Gagnon's birth parents, Joseph "Leo" Huard and Emma Mercier, got married, moved to the Toronto area, and had four children, including Joanne.

"How someone can keep a secret like that to their final resting place is beyond me," said Yule.

Gagnon and his wife reached out over e-mail in February.

With COVID-19, the two could only FaceTime, until now.

"Here I have this new brother and I can't meet him," says Yule. "And I couldn't wait."

With Gagnon living near Montreal and Yule in Oshawa, they decided to meet in the middle, outside the train on Kingston's waterfront.

"The whole experience is really great. It’s just, I can’t even," said Yule, taking a breath. "It’s, like, so surreal."

"My curiosity has finally been successful," laughed Gagnon.

Gagnon and Yule stayed in Kingston for a few hours to meet, returning to their homes in opposite provinces Saturday afternoon.

While there are still so many questions, there is a lifetime of catching up to do, and the pair won't be wasting any time.

"A lot of visiting, and a lot of travelling together," says Yule. "We’ll definitely be seeing them on a regular basis going forward."