OTTAWA -- It's crackdown weekend on the COVID-19 rules in Ottawa.

Big box stores in Ottawa are being targeted by a provincial inspection campaign, and the City of Ottawa has shut down sledding at a popular hill due to overcrowding concerns.

At Mooney’s Bay Hill, it was an unusual scene Saturday — the hill, typically filled with tobogganers on a weekend, was void of that type of winter fun.

"I think it’s really a pity, because I think there’s a lot of people who live within walking distance, and it’s one of the only forms of entertainment, outdoor exercise that they can do," a passerby told CTV News Ottawa.

"There’s a sign up there that says it’s forbidden, so I didn’t do that,” said another person at Mooney's Bay.

The City of Ottawa announced late Friday afternoon that sledding and tobogganing are now prohibited at Mooney’s Bay Hill.

The City said it had been the scene of constant large crowds, sometimes in the hundreds.

"I wish there was an alternative to completely closing it, because, of course it’s a lot of fun and there’s just such limited opportunities right now," Julie Vandermeulen, who was spending the day at Mooney's Bay.

"Yeah, I feel like it’s just one less thing to do now, I would’ve been out, but I kind of understand why they closed it," her daughter Liv added.

The area councillor is also not pleased with the new restrictions at the popular winter destination.

"I don’t think a full closure is the way to go. I think if you look at the reservation system that we have at rinks, you’d control who comes into the parking lot, maybe even closing the parking lot, there are ways to mitigate and reduce the number of visitors here," said Councillor Riley Brockington.

Despite signs to stop people from sledding down the hill, some chose to ignore the rules.

"It does not make sense to me, there are better ways to deal with this,” said one woman, before climbing the hill and riding down on her toboggan.

Cross-country skiing and snowshoeing is still allowed at Mooney’s Bay. Other toboggan hills in the city remain open. 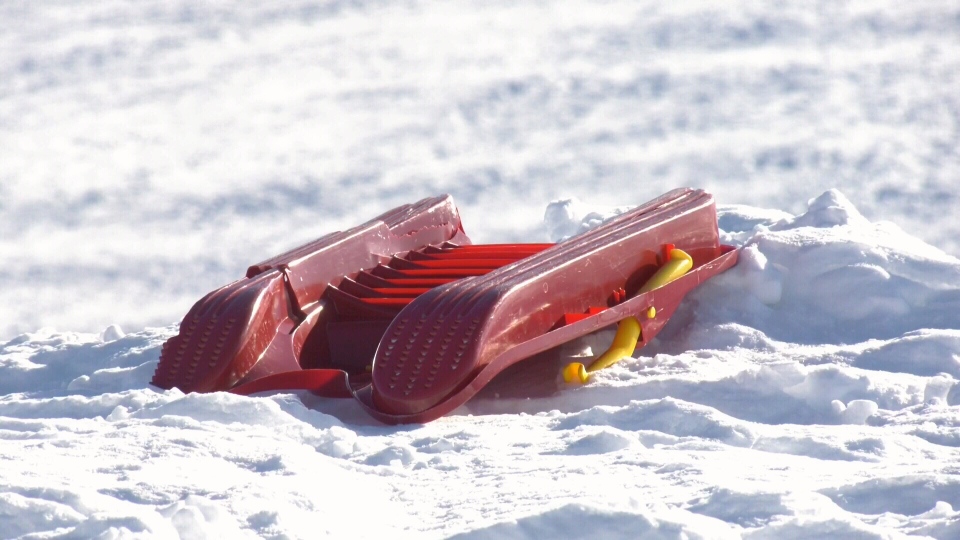 Meanwhile, at big-box stores in the city, provincial inspectors are conducting a weekend blitz to ensure COVID-19 safety measures are in place and being enforced.

"We’re going into all types of big box stores in Ottawa and area this weekend, including the Costco's, the Walmart's, the big grocery store chains,” said Minister of Labour Monte McNaughton, during an interview with CTV News Ottawa Friday.

Lineups could be seen outside Costco in Nepean Saturday. Some patrons said there was a noticeable difference inside, with a visit from provincial officers expected. 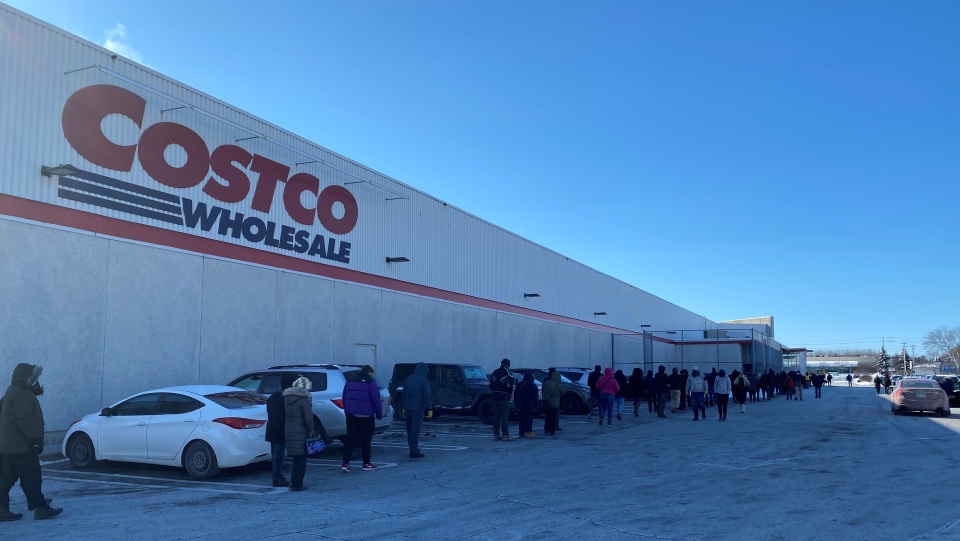 "Seems like the lineup is longer today than in previous weeks. I didn’t have to wait, I got here pretty early,” a shopper told CTV News.

"I guess they know, so they’re following protocols now finally. Today was a big difference. I go to Costco once a week, and it’s usually fairly packed, not really a lineup to get in, but today I had to wait about 20 minutes to get in,” said another shopper.