OTTAWA -- Since July 17, kids have been able to access playgrounds in Ottawa, but how safe are they when it comes to COVID-19?

An eastern Ontario company has a process that can make play equipment safer, and they hope the City of Ottawa takes notice.

“[On] top surfaces, sunlight will probably kill it, but the underside is where you see the storage,” says Dwight Grant of Dynamo Sanitizing, a company hired to sanitize playgrounds with a four-step cleaning procedure.

“Stage one, degrease. Stage two, steam. Stage three, pressure removal, and the final application which is the most important application, is a long stay presence called anti-microbial protection,” says Grant. “It stays for 30 days and it works all the way from five degrees to 55 degrees Celsius.”

When workers tested the surfaces of one play structure hidden from direct sunlight, they found an alarming amount of pathogens.

“459,643: that's the amount of pathogens that are actually on the surfaces,” says company president Richard Martin.

In a before and after test, Martin says there was a massive drop in pathogens found on the surface after the sanitization procedure.

For comparison, Martin says 500 or fewer pathogens is food-grade level.

The Edgewood Childcare Centre in Vanier will be opening its doors Wednesday for the first time in months and they want to be ready, so they hired Dynamo to clean their play equipment. 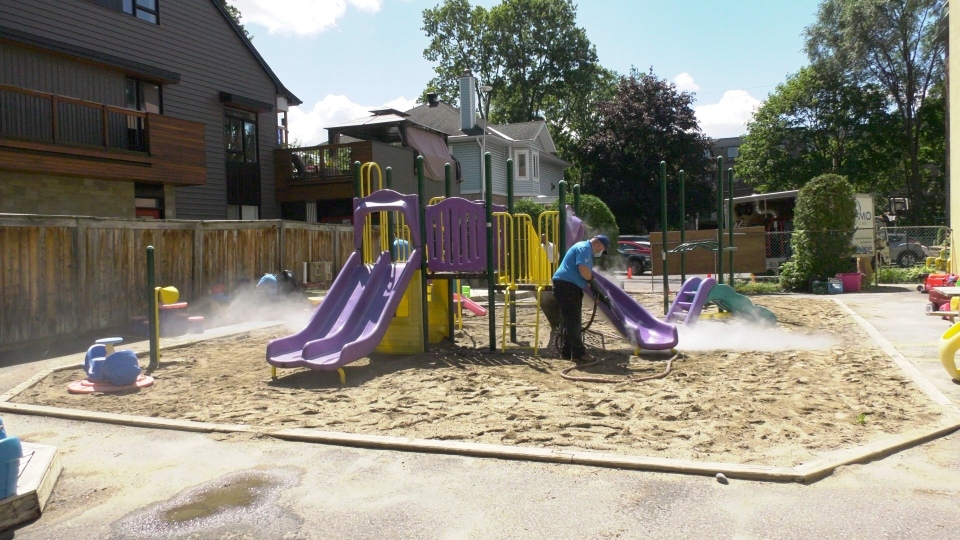 “We thought that it would be wise to sanitize the playground as much as we could so that our children and our parents can see that we’re putting forward and effort into the community to have children go back to care,” says Tracy Lucking, head teacher at Edgewood.

Dynamo says the process has a 99.99% kill rate. It is also eco-friendly, and Health Canada approved. Dynamo is hoping to work with the City to use its technology on public play structures across Ottawa. 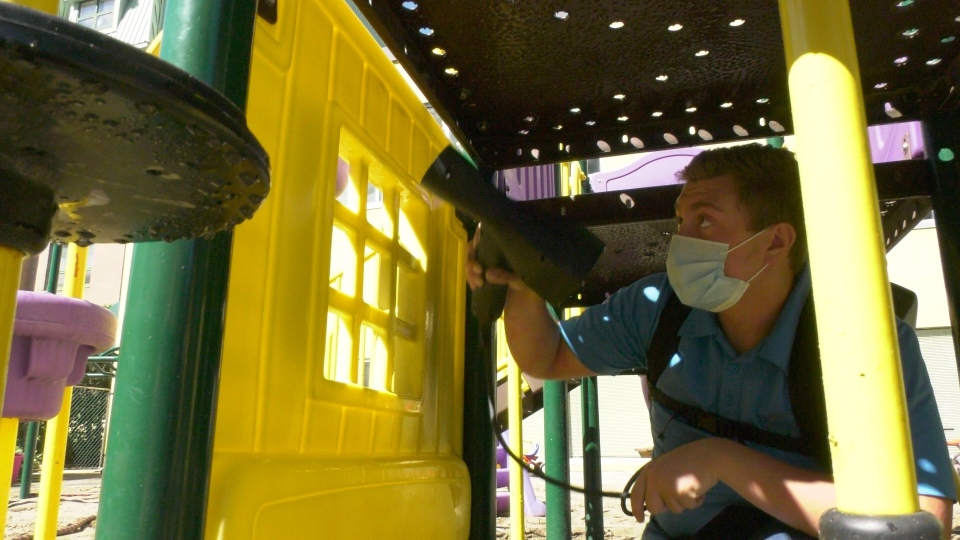 With schools reopening in just over a month, outdoor playgrounds are not the only surfaces that need deep cleaning.

“This procedure can be done indoors as well,” says Grant. “It doesn’t need as many applications. This is a solution for some of the worries and concerns that they’re having already in schools and touchpoint areas in schools.”