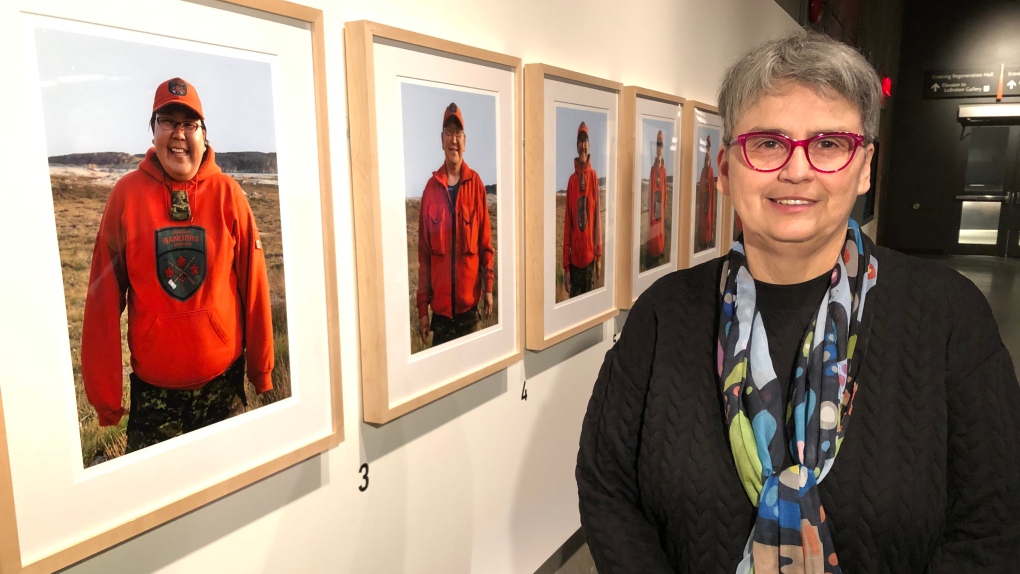 Rosalie Fanel, a local artist from Ottawa and one of the six artists selected for the exhibit, says she wanted to show individuality within the larger group. (Dave Charbonneau/CTV Ottawa)

OTTAWA -- Six civilian artists deployed with the Canadian Forces between 2016 and 2018 are getting a chance to show off their works of art, and there’s a local connection.

The latest group of civilian artists selected, Group 8, were deployed entirely on Canadian soil, with many travelling to operations in the northern part of the country.

Rosalie Favel, a local artist from Ottawa and one of the six artists selected, says she wanted to show individuality within the larger group.

“I met with the rangers and did individual images...to show some of their humour, their humanity, just a slice of who they are.”

The museum selected 22 photographs and three videos for the exhibition, along with one drawing by Inuit Artist Timorese (Tim) Pitsiulak, who participated with CFAP in 2010.

The official opening of the exhibition takes place Thursday at 6 p.m.

For more information, visit the the Canadian War Museum website.