OTTAWA -- If only The Divine can control the weather, surely, it takes someone bold and remarkable to predict it.

CTV Ottawa’s legendary forecaster is J.J. Clarke - a name synonymous with snow storms, cloudy skies and downpours - a warm and beaming ray of sun, casting his light on our television landscape for more than three decades.

“One thing about the weather, it’s kind of like an instant conversation and it doesn’t matter if you’re seven, or ninety-seven, the weather’s important,” said Clarke during an interview several years ago.

And a legion of friends, fans and followers loves J.J. Unlike the weather, he’s been someone they can count on—a reliable and predictable fixture in their homes and lives since joining CTV Ottawa (CJOH) in 1985. 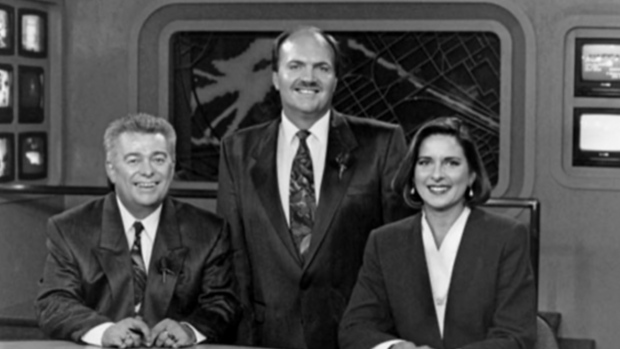 “J.J. Clarke has owned that space for more than three decades. An essential part of the ebb and flow of life here. Every day. Every broadcast,” said Graham Richardson, CTV Ottawa’s Chief News Anchor.

Today, after thousands of broadcasts and forecasts, our favourite weatherman is announcing his retirement; excited to enjoy the sunny days ahead, without having to predict them.

"As you all know I have been away from my duties as CTV News Weather Anchor for some time.  Unfortunately the problem has been my health, so I have decided it's time for me to retire,” said Clarke.

“CTV and Bell Media have thankfully made it possible for me to make this difficult decision.  I am also thankful to all of you for allowing me to come into your homes for so many years as part of the CTV Ottawa News team."

“For 34 years J.J. Clarke has been welcomed for dinner into homes in Ottawa, eastern Ontario and west Quebec” said CTV Ottawa Director of News and Information Programming Peter Angione.  “He’s one of the most popular broadcasters this area has ever had and he will definitely be missed by CTV Ottawa News viewers young and old.”

“No one is more deserving of a happy retirement than J.J. Clarke” said Richard Gray, Bell Media Regional VP/GM, Ontario and Atlantic Canada.  “His passion for community and support for local charities was unrivaled during his time with CTV Ottawa.”

J.J began his broadcasting career in high school; his velvety pipes the perfect instrument to deliver the morning announcements. A student at McMaster University, he landed a part-time job as a Radio Announcer at CHAM in Hamilton. After hosting morning radio shows in Hamilton and Ottawa at CKOY, Max Keeping invited J.J. to join CTV Ottawa (CJOH) as a weathercaster and staff announcer.

“We’d be judges on panels for talent competitions and that sort of thing.  And we talked about it for a year, or two, before I came on board. Thanks to him, I’ve had this wonderful, wonderful 30-year career,” said Clarke.

Along with his role as weatherman, a highlight of that career was hosting Homegrown Cafe, an enormously popular local-talent show that aired on CTV Ottawa in the 1980s and 1990s. It was a stage for the region’s gifted performers; some of whom went on to pursue professional careers. They include Hollywood actor Ryan Gosling, country singer Amanda Wilkinson, and operatic performer Leah Gordon. 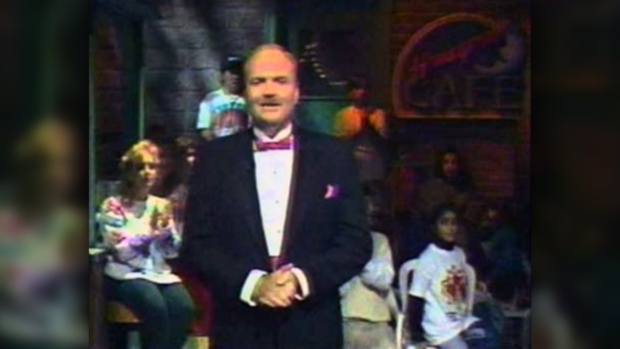 “Back in the day, before television, everybody made their own fun. So on a Saturday night, you’d have the kids and the dads and the moms and the aunts and the uncles and they’d all finish dinner and then it was time to have a little fun,” said Clarke.

“So grandma would play the piano, and junior would fiddle, and Darlene would step-dance, and you’d all have yourself a great, old party. I think that’s what the charm of the show is all about.”

Clarke’s reverence for community and service to it was reflected in the thousands of public appearances he made as one of CTV Ottawa’s goodwill ambassadors.

“I have never worked with someone who was so plugged in to the community. J.J. knew the map of Ottawa and the Valley like the back of his hand,” said Richardson.

“He always knew where the people were too. How they would react to things, what was important, how to make them laugh.”

Max Keeping once told me that J.J. had more than 1,000 jokes committed to memory. If laughter erupted in the newsroom, make-up room, or during a broadcast, J.J. was typically the reason for it. His ability to command a space, and television audience, is unparalleled.

“I have known J.J. for 30 years. He is undoubtedly one of the best broadcasters in the country. I have never seen anyone who’s as funny and quick-witted on live TV as J.J.” said John Ruttle, the producer of CTV Ottawa’s 6 pm newscast.

“His ability to connect with our viewers is extraordinary. People can relate to his warmth and humour right though the TV screen. The person you see delivering the weather forecast, is exactly who he is in real life. I’m going to miss working with him,” said Ruttle.

“It's not often you feel you know one of your colleagues years before you actually get to work with them.  But like so many in Ottawa, I “grew up" watching J.J. (I was actually a teenager when he started at CJOH, but close enough!)  We watched the news every night as a family back then and J was a bright light that filled that small screen,” said CTV News Anchor Patricia Boal. 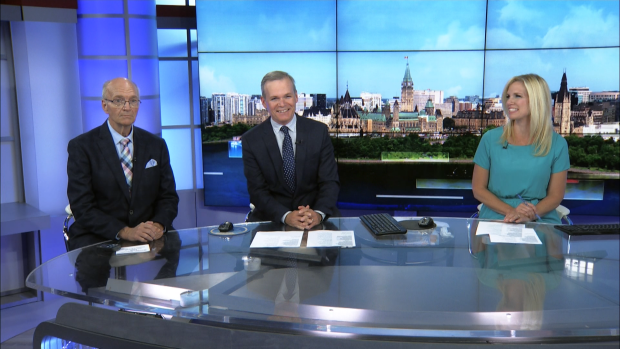 “Fast-forward to me starting part-time at CTV Ottawa in 2011.   J.J., in person, was exactly the same. The smiling, charming weather guy that you warmed to immediately. He welcomed me to the team without reservation.  And as close to a superstar as this town has, he made time for everyone.  We had several opportunities to work together on remote, with J always the main attraction,” said Boal.

“He would pause, share stories and pose for pictures. Everyone has a mother who loves him.  Throw a few grandmothers in there too! That radio voice and TV savvy were an unbeatable combination.  But it was more than that.  J.J. loves this community and people knew it.  They felt connected to him, and through him to their hometown.  The viewers will miss him on the air.  So will we.”

“It was about so much more than the weather with J. He knew he was taking people for a ride every night at six. A window into their world and neighbourhood,” said Richardson.

“Watching him work for the last ten years has been one of the great privileges of my career.”

An incomparable auctioneer, emcee and host, Clarke has passionately volunteered his time for countless charitable organizations. He is a member of the campaign cabinet of the Royal Ottawa Hospital and also serves as the Honourary Chairman of the Foundation Board of the Children's Treatment Centre.

For decades, J.J.’s been a trusted fixture on telethons in support of the University of Ottawa Heart Institute and CHEO. He’s renowned for his “Miracle Matches”, a portion of the CHEO Telethon when he wanders through the TV studio giving a three minute, non-stop, non-scripted urging for viewer pledges which would be matched by corporations. Colleagues were in awe of his composure and impromptu, flawless delivery; viewers rewarding his passionate pleas with generous donations. 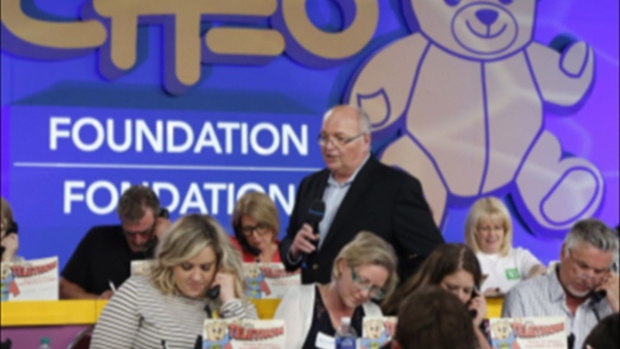 “To be a part of the community and help where you can. When you do that you meet like-minded people and suddenly you have a network of people who all think the same thing, who all want to get involved and work hard and make the world a better place,” said Clarke during an interview earlier this year.

“And when you get a whole bunch of people doing that, that’s how it starts.  So get into your community, meet your neighbours and make some good things happen.”

The man who has devoted much of his life to support health care in our region has been dealing with his own personal health challenges; the high-profile, public-figure passionately private about them. When he was on a leave from CTV Ottawa for several months, viewers and listeners called and emailed the station daily, echoing the same refrain “Where’s J.J.? We miss him.”

After a six month absence, J.J. came home to CTV Ottawa last October. His friends, fans and colleagues encountered a physically changed J.J. His weight loss was significant; his once booming voice notably strained. Still, as he recorded an emotional message of thanks to viewers for their gracious support, the warmth of his smiling eyes revealed the recognizable heart of the man we desperately missed.

“Some beautiful sentiment that I’ve received over the last six months from you, our viewers, in the form of notes, just stopping me in the mall, and emails,” Clarke said, his voice breaking.

“Thank you so much for your support.  It meant a lot to me and it means a lot to me today.  And today I’m happy to tell you, I’ll see you Monday at 6 o’clock.  I’m looking forward to it.”

Shortly after his return to our newsroom, and your living rooms, the city bestowed a gift upon J.J. A park on Bridlewood Drive in Kanata would be named in his honour; the humbled recipient overwhelmed by the gesture. 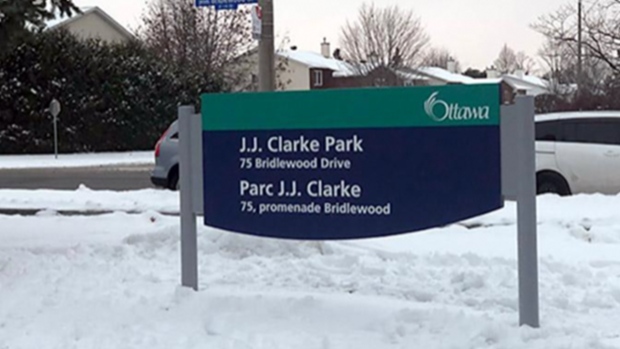 “I didn’t think this would happen but it’s a thrill and a great honour and I’m delighted,” said Clarke last November.

“When you live somewhere and you have great neighbours, wonderful friends and a sense of community and everybody gets together and supports that, then it’s a pretty good life.  So, I’m blessed and I’m grateful and I’m a happy guy.”

And we’re grateful for the smiles he brought to the TV screen, and our faces, every night. In uncertain times, J.J. was a constant; a calm, familiar voice that rose above the chaos and calamity of daily news.

As Graham Richardson puts it, “when the news is bad, we take a breath, and talk about the weather.”

Now, it’s time for the husband, father and proud Shawville, Quebec lad to catch his breath. He can’t forecast his future, but odds are it includes a boat, a fishing rod and some aimless drifting at “the lake.” We’ll still call him, from time to time, to tap the former DJ’s encyclopedic knowledge of rock music. If you need to know who sang any song, and when, J.J.’s your guy.

And whenever we find ourselves raising our eyes to the darkening skies, holding our palms upward to feel the falling rain, I hope we’ll remember the line from a former CTV Ottawa jingle, and the weatherman who made it famous.