OTTAWA -- Ottawa radio legend Gord Atkinson has passed away at the age of 94.

His was a voice from the golden age of radio broadcasting, catering to young listeners. Throughout his career, Atkinson showcased the biggest music and movie stars.

“His nightly show featured all of the big hits, popular music, including all the early pioneers of rock and roll,” his son Peter Atkinson tells CTV News Ottawa. “My father always referred to himself at the time as Ottawa’s oldest teenager.”

Atkinson's career in radio started in 1948. He moved to Ottawa’s airwaves in 1954 to join CFRA. 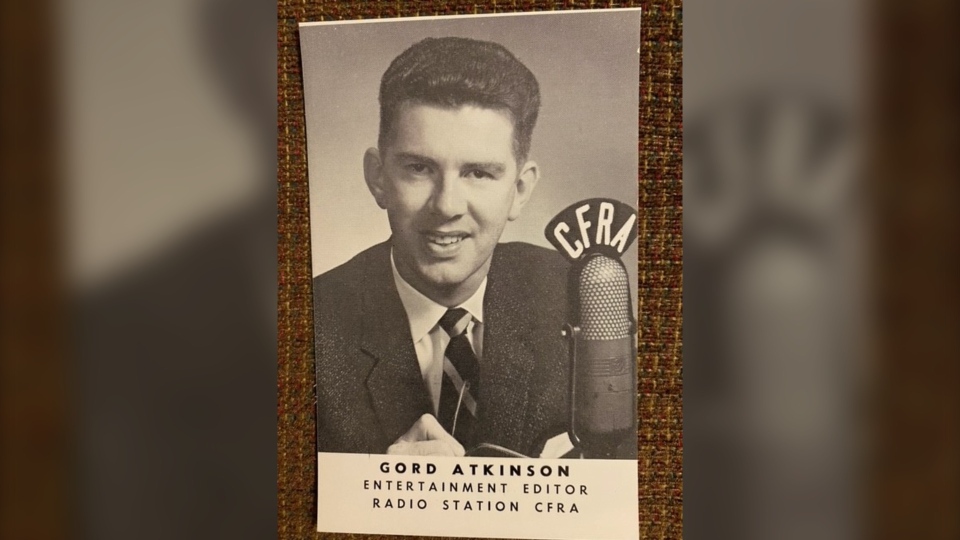 “He fell in love with the city, and he had life-long passion following the trends of popular music and, in particular, promoting local talent here in Ottawa,” says Peter Atkinson.

He hosted popular shows like “Campus Corner,” later known as “Campus Club,” and another show called “Showbill.” In 1967, Atkinson became the station manager of CFMO radio, where the weekly “Showbill” show continued.

He not only interviewed music and movie stars like Elvis Presley, Frank Sinatra, Tony Bennett, Bob Hope, and Julie Andrews, he became close with some.

Sad news to share. The family of Gord Atkinson says the longtime CFRA and CFMO personality has passed away. Atkinson's show "Campus Corner" helped launch careers, and he introduced Elvis at The King's only performance in Ottawa. #ottnews pic.twitter.com/bPdiVHnANF

“My father enjoyed a life-long friendship with Bing Crosby,” says Peter Atkinson. “He developed quite a reputation in Hollywood for being fair-minded interviewer, who operated with a tremendous amount of respect and integrity. This is why people quite often opened up to him.”

He introduced talent like Rich Little to Ottawa, and “He was the one that brought Paul Anka onboard,” says Dave Watts, a veteran CFRA broadcaster himself, who now hosts "Experts on Call". 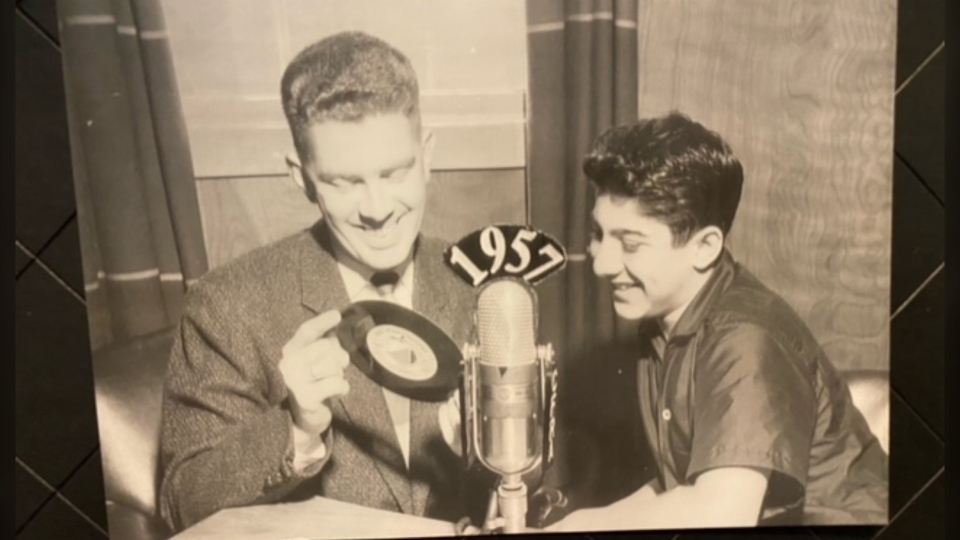 Watts remembers listening to Gord Atkinson, and says it’s one of the voices that sparked his interest in radio broadcasting.

“I indicated some interest in getting into radio, and he said come on down and do some high school sports scores,” Watts recalls.

“Gord was Mr. Showmanship. He helped a lot of careers get started in the late 50s.”

A friendly voice on the radio and in person, “Gord was one of the nicest folks you’d ever want to meet,” says Watts. “He’d extend a hand to want to help, he was a friend to all and a mentor to many—I want say dozens of folks, if not more who came through CFRA over the years.”

“My father always said, it’s been a wonderful life,” Peter Atkinson said, referencing the film by Frank Capra, one of the many famous people his father had interviewed over the years. 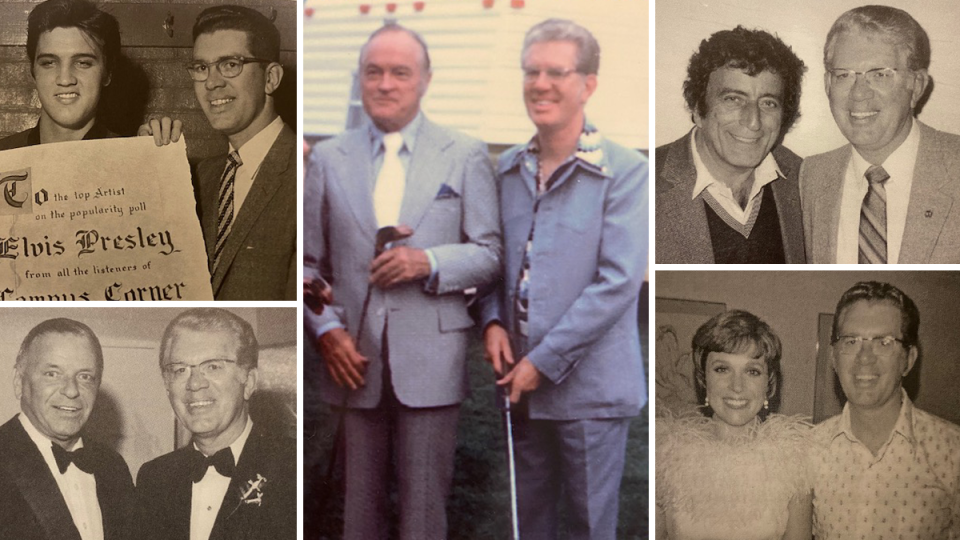 After beginning his radio career in Toronto in 1948, Gord was hired in 1954 to serve as Entertainment Editor with CFRA. With CFRA, he hosted two highly successful programs – Gord Atkinson’s Showbill and Campus Corner.

As Ottawa’s most listened to disc jockey during the late 50s and early 60s, Gord met and interviewed many of the pioneers of rock ‘n’ roll, including Elvis Presley, whom Gord introduced on stage at the Ottawa Auditorium on April 3, 1957. Through Campus Corner (later called Campus Club), Gord provided a platform for local entertainers. Both Rich Little and Paul Anka, long-time friends of Gord, were introduced on Campus Corner.

In 1967, Gord was appointed Station Manager of CFMO. With CFMO, Gord continued to host Showbill, a weekly entertainment program that featured Gord’s interviews with the stars of movies, television, and popular music. Among the legendary entertainers Gord met and interviewed were Jimmy Stewart, Fred Astaire, George Burns, Dinah Shore, and Harry Belafonte. His ten-part radio series The Crosby Years received international acclaim, including a 1976 Armstrong Foundation Award for best musical documentary. Gord treasured his life-long friendship with Bing Crosby. One of the greatest moments of his professional life was serving as Master of Ceremonies in 1981 for the unveiling of the Bing Crosby memorial statue at Gonzaga University in Spokane, Washington.

Other awards and honors Gord received include a Gabriel statuette, awarded in 1986 by the United States Association of Catholic Broadcasters, for his radio series on Bob Hope; the Ontario Medal for Good Citizenship, awarded in 1987; the Graham Spry Award in 1988 from the Association of Canadian TV and Radio Artists, for outstanding lifetime contributions to broadcasting; the Paul Harris Award in 1989 from the Rotary Club of Ottawa; Citizen of The Year honors in 1988 from the Ottawa Lodge of B’nai B’rith; and seven Certificates of Merit from the International Radio Festival of New York (for various Showbill programs). Gord’s radio series on songwriters is included in the Songwriters Hall of Fame in New York. In recognition of his work as a community builder in Ottawa, which included hosting the annual CFMO/Ottawa Citizen Christmas Exchange broadcast and helping to organize the 1981 Frank Sinatra/Rich Little Benefit Concert for the Ottawa Hospital, May 24, 1998 was declared Gord Atkinson Day in the City of Ottawa.

The family wishes to thank the compassionate and dedicated palliative care staff at the Queensway-Carleton Hospital and the wonderful people at Stillwater Creek Retirement Residence.

In lieu of flowers, the family has requested donations, in Gord’s memory, to the Ottawa Heart Institute.

A funeral will be held at a later time.