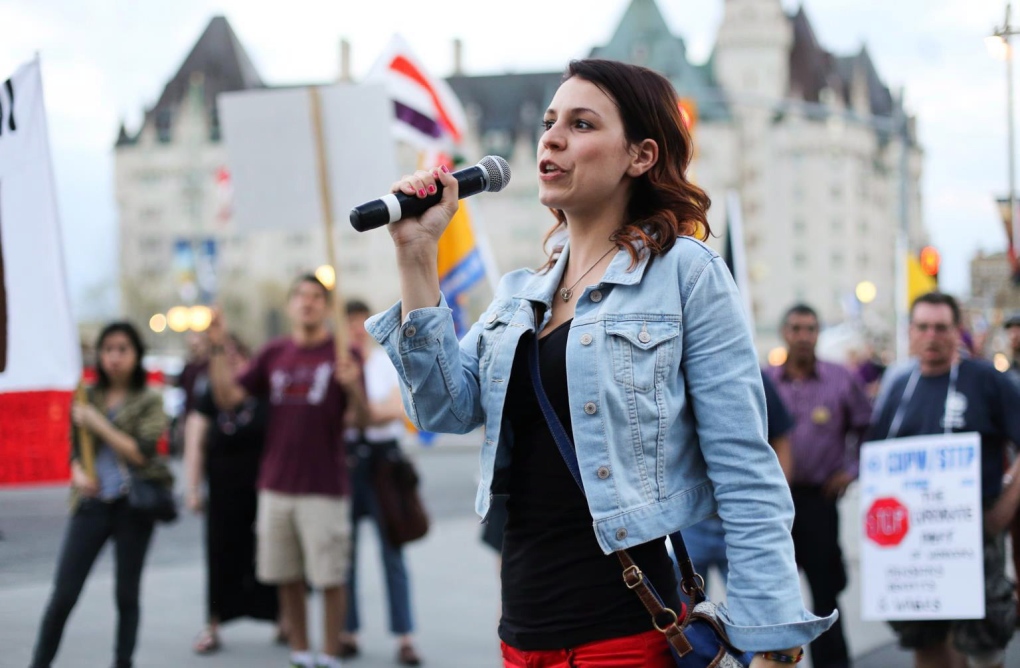 Anne-Marie Roy, president of the Student Federation of the University of Ottawa, speaks at a May Day rally in Ottawa on May 1, 2013. (Bew Powless)

TORONTO -- A student union leader at the University of Ottawa says she's no longer facing legal threats from a group of male students who made her the target of sexually graphic banter in an online conversation.

Anne-Marie Roy received an anonymous copy of the private Facebook conversation last month and decided to make it public, especially since the students were in positions of leadership.

She was warned by four of the five participants that doing so would be a violation of their privacy rights and would lead to legal action.

Roy spoke out despite the legal threat because she wanted to draw attention to what she saw as a perpetuation of "rape culture."

Roy says she got a phone call Sunday night from one of the group's members saying the men were backing down from their plans for legal action.

Four of the five men were elected student representatives and resigned over the weekend from their posts after a mounting outcry from their peers.