A Canadian food manufacturer is taking over the former Procter & Gamble plant in Brockville, a move officials say will create more than 200 new jobs.

Quebec City-based Leclerc has announced the purchase of the former factory at 1475 California Avenue, and plans to move production of many of its products, such as the Celebration cookie, to Brockville.

“Huge for the city, and for the entire area,” Brockville mayor Mike Kalivas told CTV News Ottawa. “They are a major player in the food industry, and we so much look forward to having them come to Brockville."

Leclerc aims to get operations up and running at the new plant by July. About 100 jobs will be created right from the start, with more to follow, Kalivass said.

Procter & Gamble was one of Brockville’s largest employers when it announced in 2017 it would close the plant, eliminating about 480 employees. It closed gradually and has sat empty for just over a year.

Charlie Mignault, commissioner of the St. Lawrence Corridor Economic Development Commission, whose mandate is to attract industry and high quality jobs to the region, says they have been in discussion with Leclerc for around 14 months.

"Over a number of months it became clear that this was the spot for Leclerc," Mignault told CTV in the former P&G parking lot. "The fact that the place was up and in good condition was an important element in their decision making. We're also close to the border and the bridge, the I-81 economic corridor, we've got a great workforce here in Eastern Ontario, a highly educated workforce, a great history on manufacturing in the region and really strong demographics."

"Everything is going in the right direction here," he added.

The commission consists of the six municipalities along the St. Lawrence: Brockville, Prescott and the townships of Augusta, Edwardsburgh-Cardinal, Elizabethtown-Kitley, and Front of Yonge. 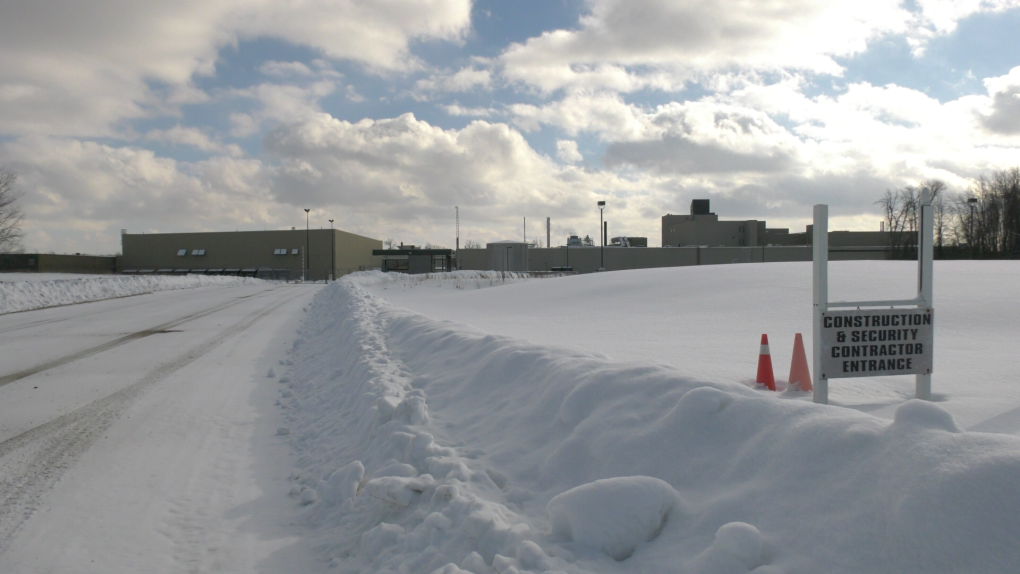 Leclerc is investing $85 million into the Brockville plant alone, and it will create more than 200 jobs in teh region.

"These are very good-paying jobs so that's the real boost," Kalivas said. "These are family jobs, so I'm sure that Brockvillians will be clamouring for them."

Leclerc Food is best known for their Celebration cookies and snack bars. The company will also use local ingreidents for those products in Brockville, with eggs coming from nearby Burnbrae Farms in Lyn, Ont.

"It's fantastic news. Having a company the size of Leclerc choose Brockville and have the confidence in Brockville is great," said Rob Nolan, director of economic and development services for the city. "It's going to mean good jobs for the community."

Nolan added the new plant should put a dent in the local unemployment rate.

"I think when P&G closed, there was a lot of concern in the community. We've been able to sort of absorb a lot of those jobs, but this is bringing more jobs back to Brockville and helping with that unemployment rate."

The city says the next steps will be retrofitting the building and getting the site up and running and hold a job fair in the coming months.

The provincial government is pitching in $1.5 million to help facilitate Leclerc’s move to Brockville.

The actions -- or more notably, the inaction -- of a school district police chief and other law enforcement officers has become the centre of the investigation into this week's shocking school shooting in Uvalde, Texas.

Hydro Ottawa says the goal is to restore power to "the bulk" of homes and businesses by the end of the weekend as crews enter "the last phase" of restoration efforts.

A Hydro One spokesperson says some people living in remote parts of rural eastern Ontario could be waiting weeks to have power restored after last Saturday’s devastating and deadly storm.

New details are emerging after a 51-year-old Alberta man was arrested aboard a speedboat that U.S. authorities say was carrying 650 kilograms of methamphetamine between Washington state and British Columbia.