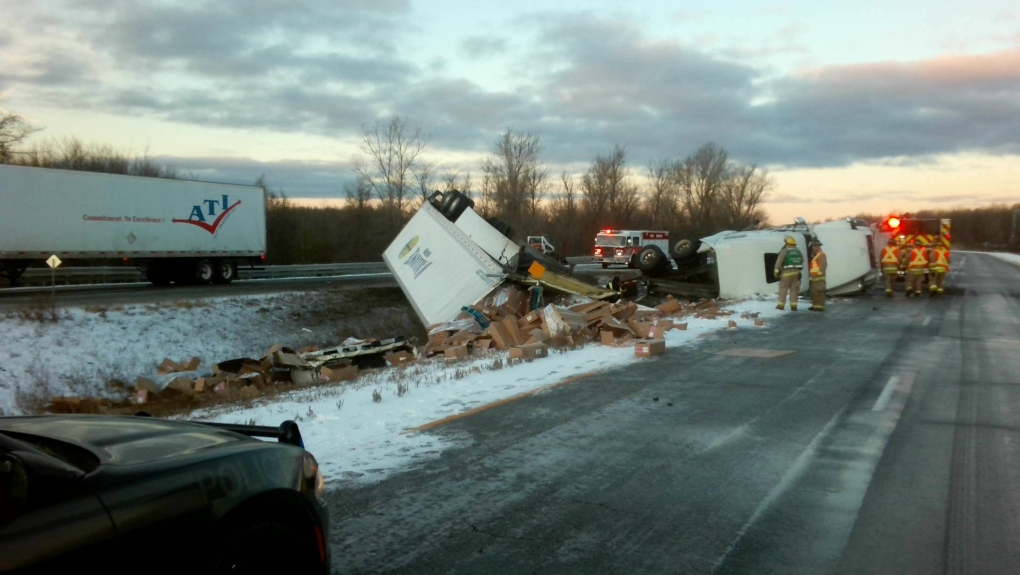 OTTAWA -- The westbound lanes on Highway 401 have reopened near Cornwall after an early morning crash involving several tractor-tractor trailers closed the lanes completely.

Police say four separate crashes happened shortly before 6 a.m. when several trucks left the roadway and entered the median on the highway east of Cornwall, between the Summerstown and McConnell Avenue exits.

Police say no one was injured.

One lane of Highway 401 WB is now open after 4 separate transport collisions near #Cornwall this am. The last trailer is being unloaded in the centre median before tow crews remove it. @ctvottawa @OPP_ER pic.twitter.com/KzYROVYnsk

"They were all separate incidents and there were no injuries reported in any of the collisions," Copeland said.

One of the factors police are investigating is road conditions.

"There was some snow overnight and it caused some slippery conditions," Copeland said. "Drivers should be aware of changing road conditions and drive accordingly."

OPP tweeted that lanes had fully reopened just before 3:30 p.m.