Lack of supply keeps many in Kingston, Ont. from booking COVID-19 vaccine Tuesday as eligibility expands 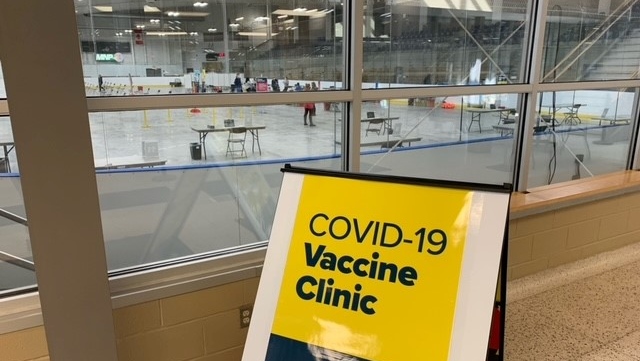 KINGSTON, ONT. -- It was a mad dash for many, as COVID-19 vaccine appointments opened up to anyone 18 and older across Ontario on Tuesday.

But in Kingston, a lack of supply and high demand meant many were unable to book any appointment at all.

That was the case for 34-year-old Jenna Baker. She says she set her alarm early to book a vaccine because she lives with her grandmother and has been waiting for her chance for a jab.

She soon found she wasn’t able to book within the city.

“I got in around 8:02 a.m., put in my Kingston address and nothing came up for Kingston,” she tells CTV News Ottawa.

She says she was met with no availability in the surrounding areas either.

“We have a limited supply and we want to ensure we have enough for both first and second doses heading into the first week of June,” he says.

Kingston has had major success with the vaccine roll out so far, with 50 per cent of its population getting at least one dose.

It was also one of the first to get AstraZeneca under the pharmacy pilot project.

Over the last few weeks, however, some vaccine supply was redirected to harder hit areas of the province.

Dr. Moore says they were caught a bit off guard when the Ontario government announced this week that it was expanding eligibility to those 18 and over.

“It appears from their analysis that there were significant openings across other regions, not ours, but that has an effect on our systems as well,” he says.

You can book in other local health units, and that something Andre Linskey decided to secure for himself. Unless he gets a closer appointment, that means he’ll make the two-hour trek out to Peterborough on June 12.

He calls the booking process “disappointing.”

“I have a lot of friends in Quebec, who are way younger than me, who already have their vaccines in their arms and we’re not even able to book appointments a month away,” he says.

On Tuesday afternoon, the health unit announced 1,500 new appointments but those were quickly booked up. Dr. Moore says he expects more doses in the coming weeks, with supply to ramp up at the beginning of June.

Emma Donovan says she also set an alarm to be ready Tuesday morning. The 29-year-old says she was excited after hearing she would be eligible early but after not getting an appointment, she questions why the province opened it up to such a large group.

“To hear that I could book today, and then be disappointed to hear that ‘Oh, actually there’s no supply for you;’ they got my hopes up for nothing,” she says.