ST-ALBERT, ONT. -- The St-Albert Cheese Co-op has seen a sharp increase in demand for their cheddar, but a labour shortage has forced the nearly 130 year-old company to slow its growth and cut production.

The factory needs to hire at least 25 people to keep up with current production. But Eric Lafontaine, St-Albert Cheese Co-op director-general says, even though the company has increased its base salary and added premiums and benefits, finding workers to fill the vacancies has not been easy.

“Even though there’s jobs posted, sometimes we don’t have any resumes or we got only a few,” says Lafontaine, noting that they were faced with a shortage before the pandemic. “We are rural and people go work somewhere else or live somewhere else.”

The cheesemaker, located in St-Albert, near Casselman, Ont., has put the town on the map as ‘Canada’s Curd Capital’. It produces around three million kilograms of cheese curds each year and the little lump of cheddar, known for its squeaky sound when you bite down, is the main ingredient for many poutineries around the region. 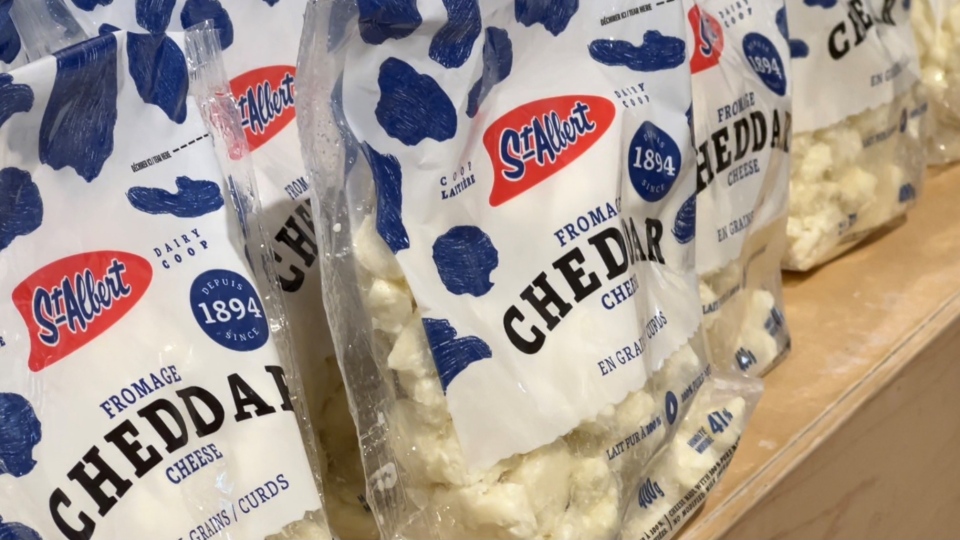 “Ontario and Quebec is the big volume, but since a few years we expanded the markets out west and into the Maritimes,” says Lafontaine, adding that the company has seen a 10 per cent growth in demand year-over-year.

“But that being said, we don’t have enough workers to supply the orders that we have. So unfortunately we need to make the decision of cancelling some routes of delivery of even shorting some customers.”

Simply because St-Albert can no longer fulfill the orders. Some of the items that have been cut are its fresh, daily-made coloured and marble cheddar cheeses.

There is a market and restaurant attached to the factory which sells i’s many variety of cheeses, like brie, and the ‘creme-de-la-crop’, 10 year-old aged white cheddar, along with other locally-sourced products like jams, hot sauces, cured meats and pies.

“We have a lot of locals that like to shop with us here as well a lot of tourists so a lot from Ottawa and Montreal,” says employee Michelle Mongrain. “We are just off the highway so we get a lot of people coming and stopping in on their drive.”

Mongrain has been working with the company and says it’s a positive, fun atmosphere.

“I love it, working here is actually a blessing. We’re one big happy family.” says Montgrain.