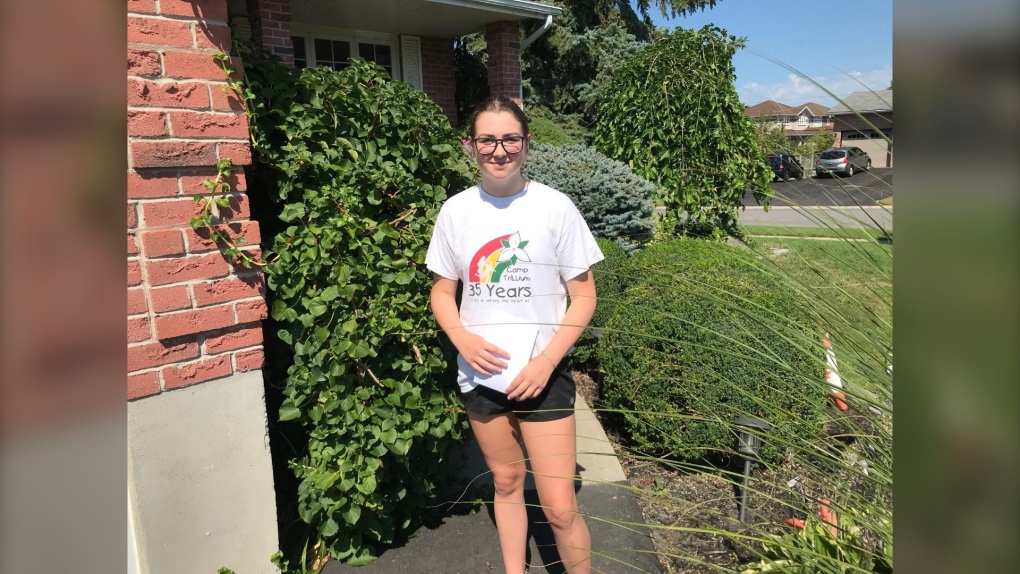 KINGSTON -- A Kingston teen is celebrating a decade of being cancer free, by trying to raise thousands of dollars for this year’s Terry Fox Run.

While her memories at that age are few, the now 16-year-old has never forgotten the love and support of her family.

"I remember the hospital rooms," says Megan. "There would be a TV and I remember I would pick movies and my parents would watch with me."

Megan immediately entered treatment and it appeared at that time, the multiple rounds of chemotherapy had worked. However, just two years after her initial diagnosis, the cancer came back.

Her father Ken Cross says, for him, there are moments that stand out in his mind.

"Putting in the chemo and flushing out her lines, so the chemo can go into her body at age four," he says. "You know things that a four-year-old should be doing, like going out and kicking a soccer ball around and enjoying fun with the family, she’s stuck in a hospital bed."

After receiving a bone marrow transplant from her older sister Leah, then six-year-old Megan went into remission.

Today, happy and healthy, the teenager will take part in this year's Terry Fox Run. She has a unique goal for the event: to run 10 kilometres, and raise $10,000 to celebrate 10 years of being cancer free.

"Megan was diagnosed but we hope one day the word cancer is never spoken again," says Ken.

On top of spending time with mom Colleen, and her sisters Leah, 19, and Emma, 13, running has become a new favourite pastime for the Grade 12 student.

Megan says she picked it up during the pandemic to stay healthy, saying it is a great way to work out emotions.

"I was not in control in a hospital bed," she explains. "But when I do exercise, I feel out and free and able to move, which I don’t feel like I was able to do."

Due to the ongoing pandemic, the September Terry Fox Run has gone virtual, with participants encouraged to raise money online.

Megan has also taken to social media with her dad, posting videos encouraging people to donate.

Her father, with her every step of the way, is also riding 40 kilometres every day for 40 days to help her raise the money.

Together they dedicate each ride to those affected by cancer.The student at Holy Cross Secondary School has already surpassed the halfway mark, with more than $7,000 already donated. You can donate to Megan's Terry Fox Run online.

She says she has no plans of stopping.

“I think with 2020 we just need to keep moving, and making the world a better place, and doing the Terry Fox Run is a great way to do that.”