KINGSTON, ONT. -- Back to school is fast approaching, and it can be a difficult time for many, especially during a pandemic.

Now, a Kingston teen is trying to do her part, by collecting and buying supplies and filling backpacks for families who could use them.

Since launching the campaign over a week ago, 17-year-old Katie Onesi says she’s filled more than 25 backpacks through donations.

“It’s something nice that I thought I could do, because I really like helping other people,” she explains. “And I really wanted to give back to my community.”

The bags are filled with things like pens, paper, binders, and this year, she’s even taking into account what kids will need under COVID-19 precautions in the classroom.

“I don’t think water fountains are going to be in use this year, for obvious reasons,” she explains. “So I included a water bottle in every one, so that every kid can drink their own water.”

Last year, she says she heard about people donating used backpacks and thought that she could fill some with supplies for kids.

Originally, she thought she would buy two backpacks to give out, and was surprised to find there was such a large need.

“It’s definitely not cheap,” explains Onesi. “Especially if you have lots of kids. That adds up to a really big amount, and obviously I’m trying to help with that.” 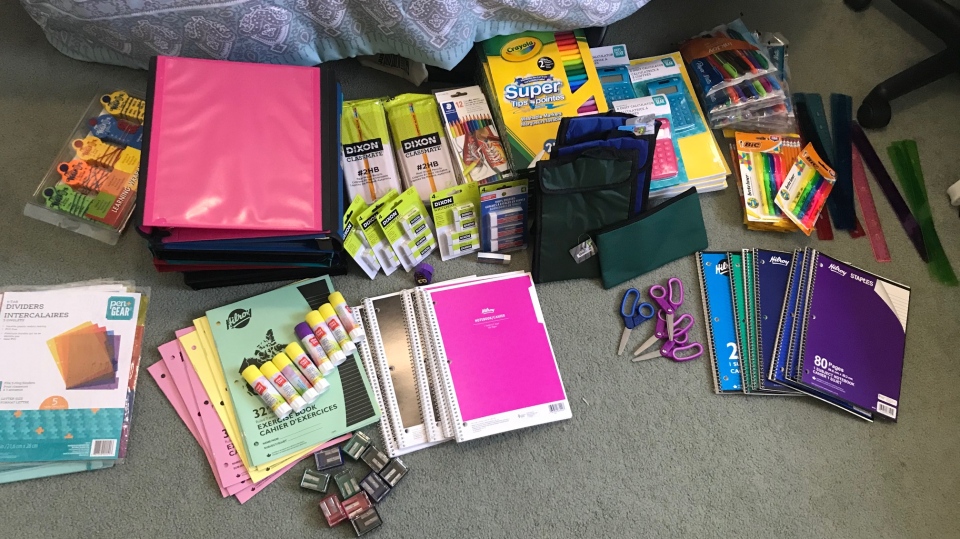 When shopping, she says she tries to consider different ages, grades and preferences.

She says every kid deserves the backpack of his or her dreams.

“There might be a boy that likes pink, and just because a boy likes pink doesn’t mean I’m not going to give them a pick backpack,” she explains. “So I try to get an even amount, get a wide range of stuff.” 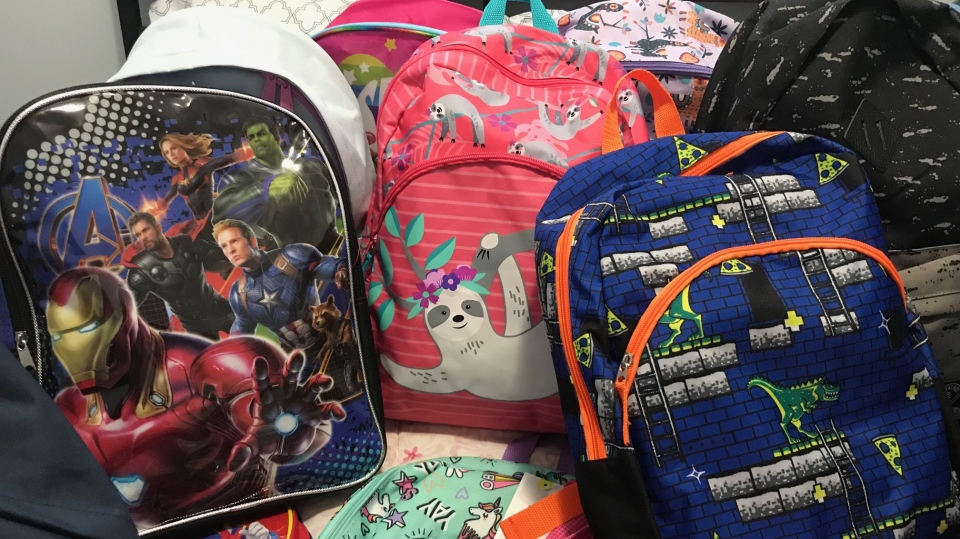 She says so far, she has been getting many financial donations from family and friends, while some items are being donated by local businesses. Those include masks through ‘Barkin’ Up The Green Tree’; and hand sanitizer through Daft Brewery.

She’s created a Facebook page, and says she also will be accepting gently-used backpacks. She will be giving them out closer to the beginning of school when she knows how many she has to donate.

With two rooms, laying out supplies and backpacks, Onesi jokes her house has become a “warehouse” for the next few weeks.

“I just want to help as many people as possible,” she says.