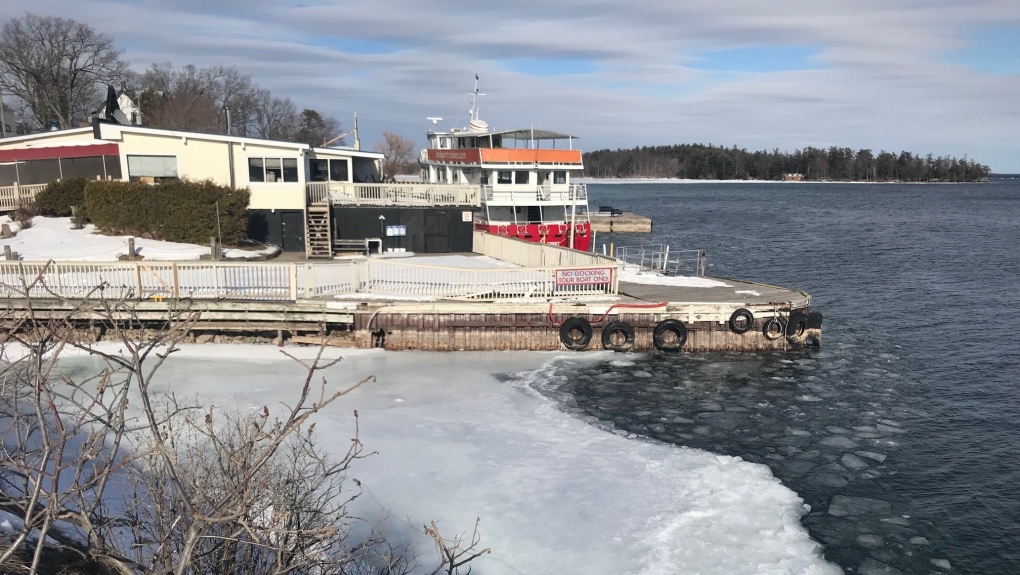 The Rockport, Ont. boat launch. The RCMP say a constable rescued a woman who had plunged into the St. Lawrence River from the dock on March 4, 2021. (Photo submitted by the Royal Canadian Mounted Police)

OTTAWA -- The Mounties say some of their officers were in the right place at the right time to save a woman in distress who had plunged into the icy St. Lawrence River.

According to a release, members of the RCMP's Kingston detachment border integrity unit were on patrol along the river last Thursday when, at around 5:30 p.m., a constable who had just stopped in the area of Leeds and the Thousand Islands saw a woman get out of her car, run down onto the ice near the Rockport boat launch and into the water.

"Recognizing the woman to be in distress, Const. Steffan Manuel prepared to enter the water after radioing for help," the Mounties said. "From the ice edge, which was about thirty feet from shore, he talked the woman into swimming back to him and then pulled her back onto the ice."

With the help of Const. Jason Greene, Manuel was able to get the woman into a warm cruiser and administer aid for hypothermia. She was then taken by paramedics to the Brockville General Hospital. She had been in the water for just five minutes before she was rescued and was already struggling to swim back to the ice line.

The police noted that, coincidentally, a course on ice rescue techniques had been arranged for members of the Kingston detachment and will be taking place this month.