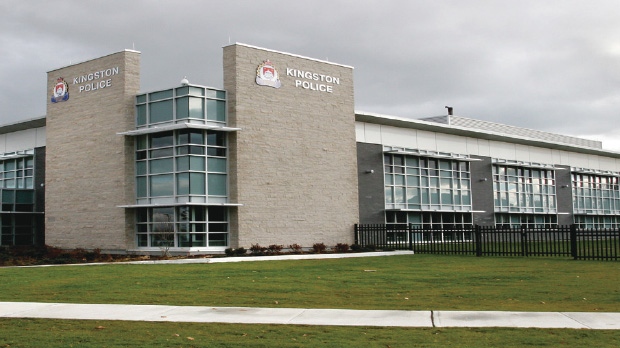 In the first incident, a woman walking across a parking lot (near Johnson Street and Alfred Street) early Saturday morning was approached by a man who groped her, then fled the scene when she yelled.

In the second incident -- which happened around the same time -- another woman was approached by a man (near Brock Street and Albert Street) a few blocks away from where the first assault took place.

Police say the victim was groped and during a brief struggle, fell to the ground with the suspect who continued to assault her.

The second victim also yelled and fought off the suspect, who police say may have sustained scratches or other injuries to his face.

It's alleged the suspect laughed during the confrontation and made a comment to the victim before fleeing.

The suspect in both cases is described as white, about 18 to 25 years old and six feet tall with a medium build, light features and short hair.

He was wearing a baseball cap, hoodie, dark jacket or coat, blue jeans and "skater-type" shoes and reportedly smelled of beer.

Police are asking anyone with information to contact investigators or Crime Stoppers, and are especially appealing to two males who may have witnessed part of the interaction from the second assault.