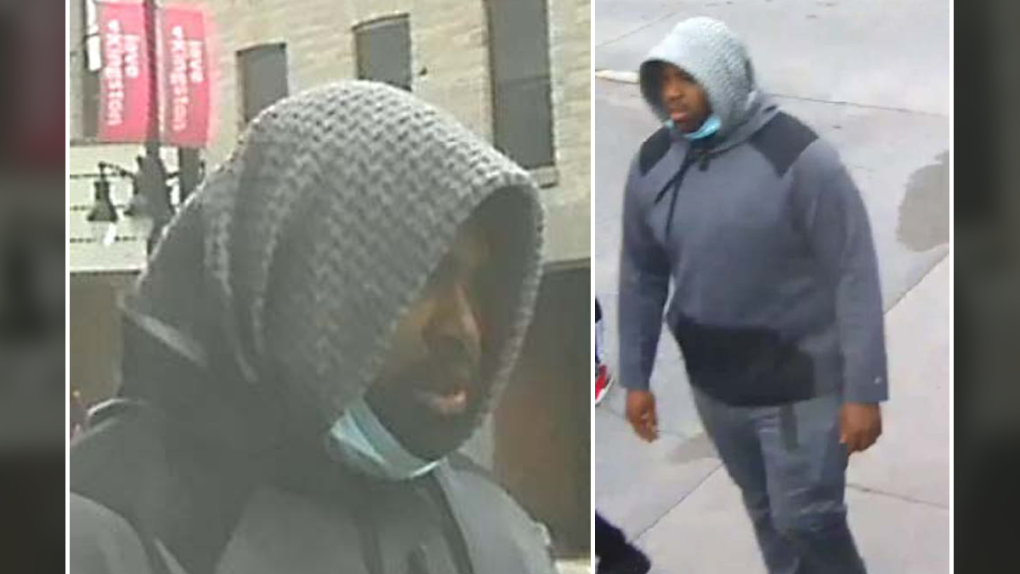 Kingston, Ont. police say a man who may go by the street name "Sophia" has been identified as a suspect in an Oct. 2021 homicide of Nico Soubliere and Carl Alen Delphin, of Ottawa. (Kingston Police Service/handout)

Police in Kingston, Ont. have released new images of a suspect in the double-homicide of two Ottawa men last October.

Carl Alen Delphin, 20, was shot dead at a parking lot on Sydenham Road near Highway 401 on Oct. 16, 2021. Nico Soubliere, 29, was severely injured and died two days later in hospital. Both men were from Ottawa.

In a release Tuesday, police said their suspect attempted to conceal his identity by overdressing on the day of the shootings. The suspect may use the alias "Sophia."

Police believe suspect and the victims knew each other. Investigators also believe the parking lot on Sydenham Road, where the shootings occurred, was intended to be the site of a drug transaction.

Police have appealed for witnesses numerous times, including seeking information on a vehicle believed to have witnesses inside. The man who was named as a suspect was previously sought as a person of interest who was seen with the victims before they were killed.

He is described Black, between 25 and 40 years old, at least 6-foot-2 and approximately 275 lbs. He is not believed to be a resident of Kingston.