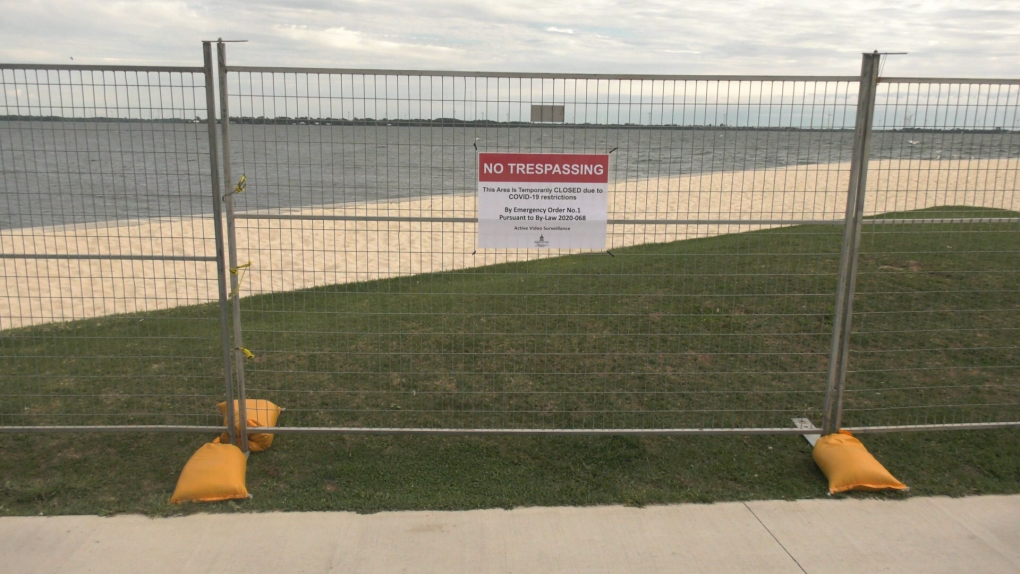 The City of Kingston is once again restricting access to the beach at Breakwater Park and to the Gord Downie Pier due to the risk of COVID-19 transmission in the community. (Sept. 2020 photo / Kimberley Johnson / CTV News Ottawa)

KINGSTON, ONT. -- The City of Kingston has closed Breakwater Park's beach area and Gord Edgar Downie Pier to the public after reports of residents gathering over the weekend in defiance of COVID-19 orders.

Mayor Bryan Paterson said on Monday that the move was needed to strengthen protocols already in place in Kingston and comes after a busy weekend was reported in both areas.

“We have seen an increase in cases in the past couple of weeks, so we need to reinforce precautions and support the Section 22 Order, which limits gatherings to five people or fewer outside as well as inside,” Patterson said in a written statement.

A news release from the City said the recommendation was made by Dr. Kieran Moore, Chief Medical Officer of Health for Kingston, Frontenac and Lennox and Addington Public Health.

“The city has been working closely with KFL&A Public Health to address COVID-19 risks in the community,” the release said.

“Today’s closures follow concerns with the lack of adherence to physical distancing by large numbers of people who continue to gather in these areas and is another step in protecting the health of our community.”

The non-beach area of Breakwater Park will remain open to the public but physical distancing is required.

Kingston Police and City Bylaw are to enforce the restrictions, which are being made under a section 22 order from the Health Unit that is expected to be in place until at least the end of April.

Residents are asked to call Kingston Police’s non-emergency number to report gatherings of concern at 613-549-4660.