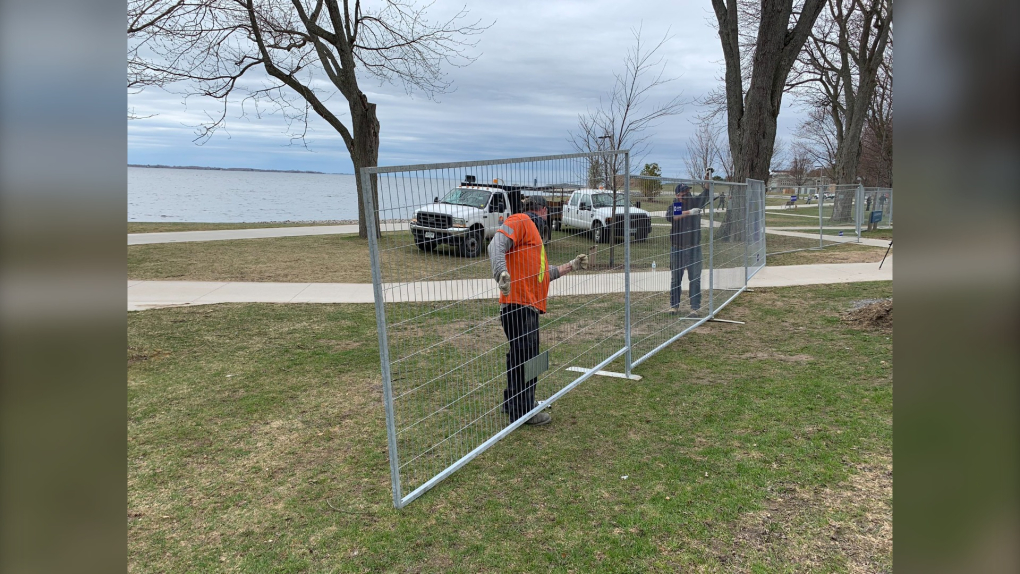 KINGSTON -- Three people were fined $2,060 each for violating an Emergency Order and visiting the Gordon Downie Pier in Kingston this week..

On March 22, the city closed the beach area of Breakwater Park and Gord Downie Pier to reduce the risk of COVID-19 transmission in the community.

The city of Kingston says on Thursday, three notices were issued for violations of the Mayor's Emergency Order shortly before 8 p.m. at Gordon Downie Pier.

The fine for entering the closed area of Breakwater Park is $2,060.

On Friday, Mayor Bryan Paterson issued an emergency order to close Breakwater Park for 10-days after social media pictures showed people gathering in the popular park along the waterfront on Thursday.

Anyone using Breakwater Park, even alone, is subject to fines.

On Thursday, Hazell says Bylaw enforcement was dispatched to the area of William Street and Barrie Street for a report of an illegal gathering of approximately 15 people.

Charges under the Reopening Ontario Act are pending as the investigation continues into both gatherings.

Bylaw is also investigating an illegal social gathering that occurred between April 2 and 7.