Kids Christian Hockey League shuts down in Brockville; equipment to be given away Thursday night

BROCKVILLE, ONT. -- After 25 years helping children learn the game, the Kids Christian Hockey League in Brockville is folding, and they are giving back to the community one final time.

"It's been a real journey for those 25 years and now we are here ready to probably wrap it up," said co-director Randy Hopkins, who started the league with his long-time friend Paul Armstrong.

"Minor hockey just didn't work for us as most of the ice time was on Sunday mornings, and at that point in our lives we wanted our kids involved in church," Hopkins said.

"So we thought we'd just throw it out and see if there was a chance that there might be other families like ourselves who would like to leave Sunday mornings free and possibly do hockey some other time," he added.

In the first year the league saw 47 kids participate, then it grew to 74 and then 96 over the next couple years.

At its peak, upwards of 350 kids were participating a season.

"What happened is as we developed, we learned that there was a different group of people that want to have a rounded balanced life for a variety of things, and they're not one to focus just on hockey," Hopkins said.

"We were able to provide one night a week for kids to learn to play and have a good time without a huge time commitment and have their weekends free," he said.

Like for Brad Craig-Pettem and his son Ben, who joined the league only a few years ago.

"I think some of the values that the organizers brought sort of matched with what we were looking for for our son to start," Craig-Pettem said. "He didn't know exactly if he was going to like hockey or not, hadn't really skated that much and we tried it out."

"Randy was one of the on-ice coaches and he asked me to be involved and so I kind of did a little bit of helping on the side with him but my son Ben really took to it and loved hockey and we were involved for three seasons in total," he added. 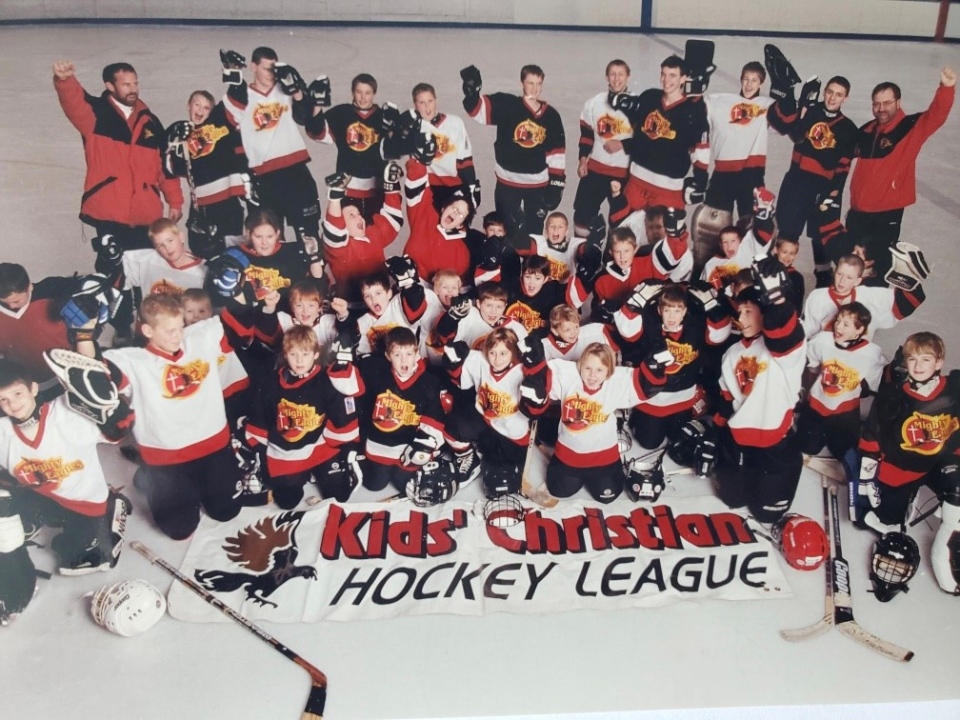 Hopkins said now the time has come to fold the league as his family commitments have changed, and so have others, and not being able to find someone dedicated to take the league over.

"That has been a challenge for sure, because we've had the vision, we've had the passion," Hopkins said. "A number of families have come along side with us for those 25 years but they've also moved along, where we have been sticking with it. Our numbers have dropped about 200 kids."

"It'll impact thousands across our local communities in Leeds and Grenville area," Craig-Pettem said. "There are so many people who both started in Kids Christian league as players and then saw their children actually become players in the league so it's definitely sad to see that fold."

What's left now is a shed full of hockey equipment looking for a new home, free to those that want it.

Hopkins opened the doors to it on Tuesday evening, and around 100 people stopped by to browse and take home used skates, chin pads, goalie equipment and sticks.

"This is really good equipment. This is not broken equipment, this is not worn out equipment," Hopkins said. "A lot of the stuff has been donated and we want to make sure that families can use it."

"There's skates there from ages 4 and up, to try and find a pair to get on the ice to see if your child loves hockey," Craig-Pettem added. "There's head to toe equipment there so if you are thinking that you are going to need some equipment then come down." 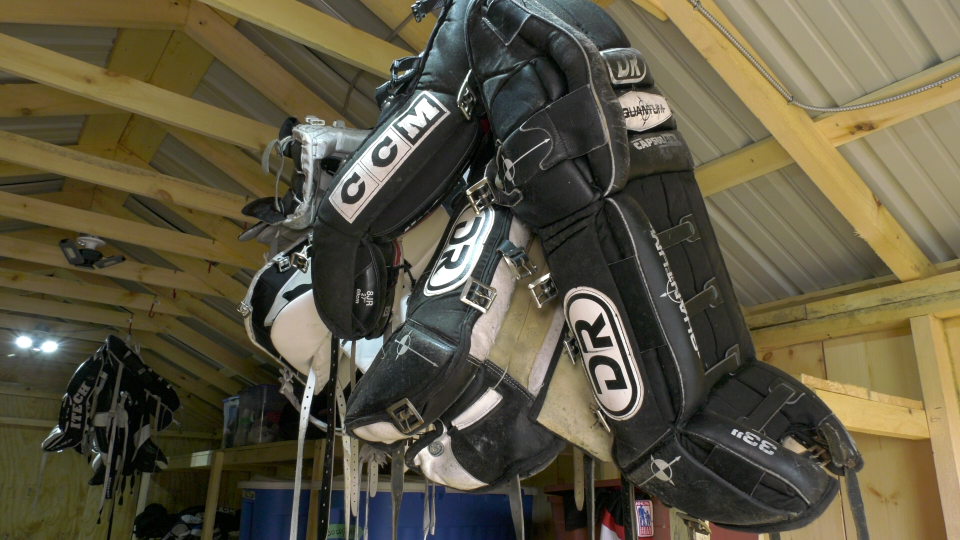 Hopkins says it's a way to give back to the community that supported the league for the past 25 years.

"We have this chance to do that and we're glad that families need it and are willing to come and accept it and it's a good way to kind of finish it off," he said.

"We just want people to have the equipment, plan for two to three years down the road. Take two or three pairs of skates, we just want families to enjoy it," Hopkins said.

He has lots of great memories from over the years, like when former NHL player Mike Gartner was president of the NHLPA, and donated $50,000 worth of equipment when the league began.

And teaching kids who had never been on ice skates before.

"They'd fall down and start crying so I'd pick them back up again, pick up another kid, at different times I'd have two kids in my arms skating and trying to help other kids skate......those are real good memories I will always carry," Hopkins said.

"Thank you to the community, not just Brockville but the whole area. We probably have over the years 50 different sponsors, we would raise like 15, 20 thousand dollars a year to make it affordable for people and the community has been so supportive of it for us and we're so grateful for that," Hopkins said.

"I think their leadership was tremendous and their integrity, when you look at the players that were there in the late 90s and them themselves became parents to their children playing the league was phenomenal to see.”

“The small and bigger businesses, and the local sponsors that helped make this league possible was tremendous and certainly that wouldn't have been possible without Randy and Paul's leadership," said Craig-Pettem.

"I think that speaks a lot to that longevity and the multigenerational players that were coming to the league was because of the values that they instilled. It certainly will be missed, but not forgotten," he added.

The remaining hockey equipment will be available to pick up behind Matt's Auto Service at 4 Stewart Blvd., Brockville, between 6 and 7 p.m. on July 29.