Just Good Compost: A local project for the planet in Almonte

Just Good Compost: A local project for the planet in Almonte

If you live in Almonte, a local family is looking for your kitchen scraps.

In fact, they’ll even come to your doorstep to pick them up.

It’s part of a new pilot project in the Ottawa Valley community.

“We’re meeting a ton of cool people and everyone we talk to is really jazzed about the project.”

The project’s goal is to help residents in Almonte build soil, clean the air and support the community. All they have to do is save their table scraps in a white plastic bucket and leave it on the porch. The folks at justgoodcompost.com will take care of the rest.

“We pick up a bucket every week and replace it with a clean one,” says Will Affleck, Kelley’s husband and partner in Just Good Compost. 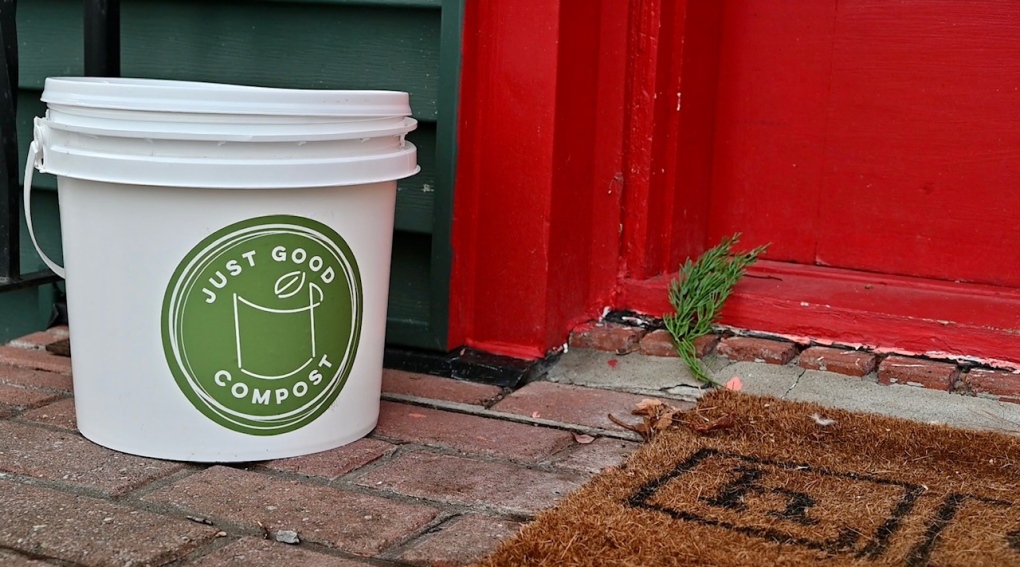 Just Good Compost offers its services to residents and businesses in Almonte. Table scraps are picked up weekly and clean buckets are dropped off. (Joel Haslam/CTV News Ottawa)

“We bring the food scraps to local farmers around town who have agreed to compost it for us. Then we give the compost back to the subscribers for their gardens. Anything that’s excess, we bring to local charities who will then sell it to fundraise,” says Affleck.

Affleck says they already have more than 30 subscribers in just one month.

“I think we must have touched a nerve because it’s something people have been waiting for,” he says. 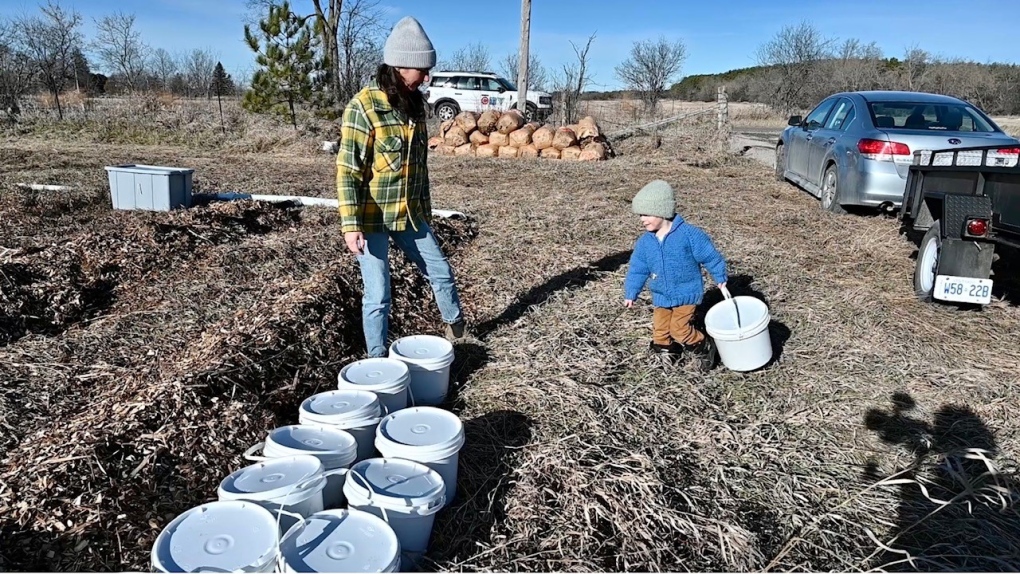 “There’s that expression, ‘it’s the cost of a latte’. Well yesterday, I was at the coffee shop and my latte cost me $8.85. So, it’s half a latte a week,” Affleck chuckles.

Affleck, a scientist, researcher and professor of psychiatry at the University of Ottawa was inspired to create this program years ago when studying in Montreal.

“This guy created Compost Montreal with literally a bucket on the back of his bicycle and now he’s diverting hundreds of tons of waste every year from the Montreal garbage system,” says Affleck.

“The community supported it and the next community, and before he knew it, he had trucks and a crew and he’s made this huge, wonderful impact.”

Affleck is hoping to make the same impact in Almonte and beyond.

“What I’d like to do is create a model in Almonte that can then be exported to other communities. Where there’s an area that might be rural or dispersed, we can say here’s a working model you can implement.”

As a psychiatrist focused on mental health and wellness, Affleck believes a composting program is highly beneficial to Almonte residents.

“Yes, composting cuts down methane gas and improves soil, but it’s also a really good social program. You have camaraderie, physical exercise, a shared mission and accountability. We look out for each other and check up on each other,” he says.

And residents are embracing this initiative.

For years, Sheila Kelly has been taking her compost to her daughters’ communities where a composting program exists. She was the first one to sign up with Just Good Compost.

“It means I can conveniently compost here from my side door. Will picks it up, leaves a clean bucket, it’s great. It’s really wonderful,” she says.

“The thing that’s great about what Will’s doing is that even if you don’t have a backyard, or you don’t have space or inclination to keep bags of chopped straw or leaves around, or you don’t want to keep a huge Rubbermaid bin of scraps all winter long until you can compost again, it’s just easy-easy,” says Tamas.

“A friend heard we were starting this and said ‘do you need a trailer?’” said Kelley Scott.

“We said we would absolutely love to have one. People have been so wonderful and generous. That family has also signed up. We check in every week and it’s been really great. The response has been amazing.”

Will and Kelley’s three-year-old son, Atticus, is often along for the ride when the family is going door to door, picking up buckets. 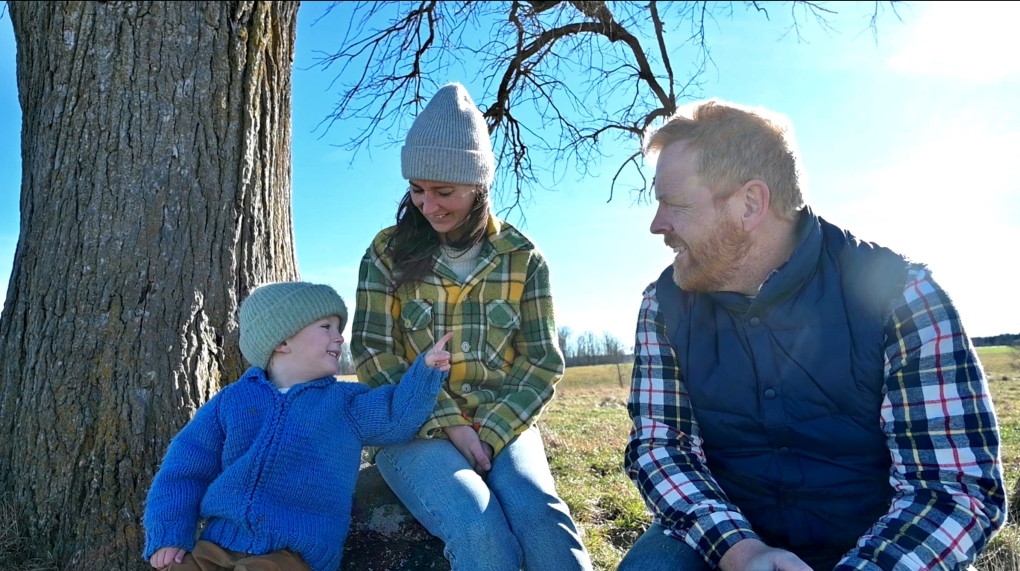 3-year-old Atticus Affleck with mom, Kelley Scott and dad, Will Affleck enjoy a laugh at a local organic farm in Almonte. The family has launched a pilot project in the community called Just Good Compost. (Joel Haslam/CTV News Ottawa)

At the local organic farms where the composting takes place, a smart, feisty and funny Atticus often unloads buckets of kitchen scraps from the family trailer.

He’s learning about the sanctity of the planet and the role he can play in keeping it healthy.

“We’re teaching him individually that he can make a difference. Bringing him along is very much a family project. We’re showing him that this is a way to make a difference. You don’t need to rely on outside forces. You can do it yourself,” says Affleck. 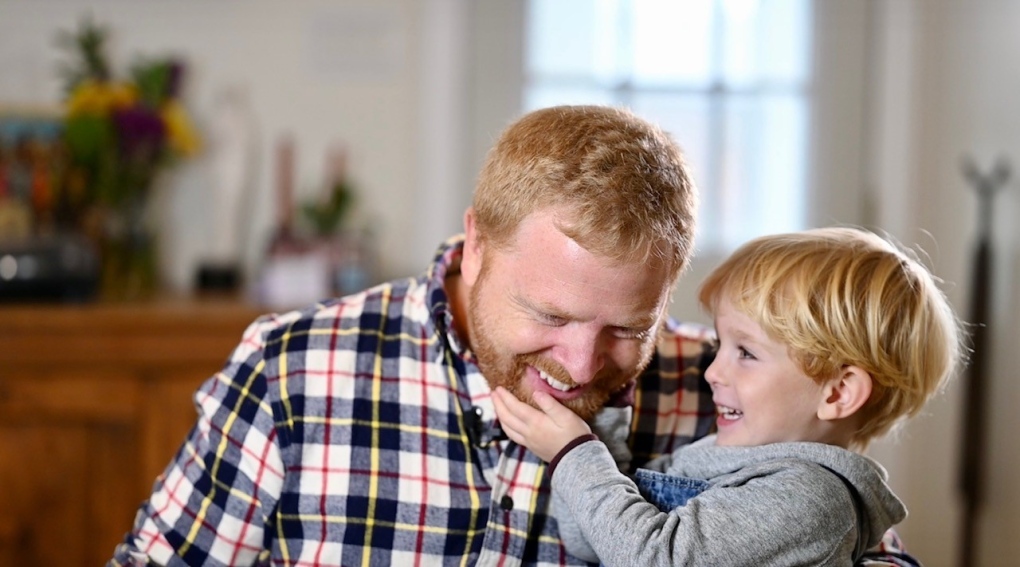 Will Affleck and his 3-year-old son Atticus share a special moment at their Almonte home. Through Just Good Compost, Atticus is already learning about what he can do to help the planet and the environment. (Joel Haslam/CTV News Ottawa)

Affleck is sharing the same message with Almonte residents.

“It’s a small thing. But if we all do it, big differences can be made. Small action. Big impact.”

“Leaving the world better in terms of better soil would be one of the best things we can do for our planet,” he says.

“Just improving your little patch of dirt is a wonderful thing for the next generation.”

'There are no words': Laval daycare bus crash prompts outpouring of condolences on Parliament Hill

Condolences are pouring in on Parliament Hill after a Laval, Que., city bus crashed into a daycare on Wednesday morning, with federal politicians of all stripes expressing their sympathies with the families affected and gratitude to the first responders.