Typically, the sight of a runner on a country road isn’t remarkable.

Unless that runner is Jessica Lambert.

"It made me realize how short life can be.  And how quickly it can change."

Lambert was just 20-years-old when her life changed.  She was out with friends in Calabogie, Ont. in early June.

Lambert was working up the courage to jump from a nearby cliff into the water.  She said a voice in her head was telling her not to do it.

"I would run and stop, run and stop.  And about the fifth time I went to stop, but I lost my balance.  I ended up falling over the eighteen-foot cliff. And I hit the rock about a foot into the water."

Her friends helped pull Lambert onto a flat rock where she could lie down.  She couldn’t feel her legs.

"They were trying to assure me that everything was going to be ok, but when you’re lying on a flat rock and you’re not able to move, you know something’s not right," she said.

There was no cell service in the area of Battery Lake where Lambert was injured.  A friend ran to a clearing where service was available and called 911. 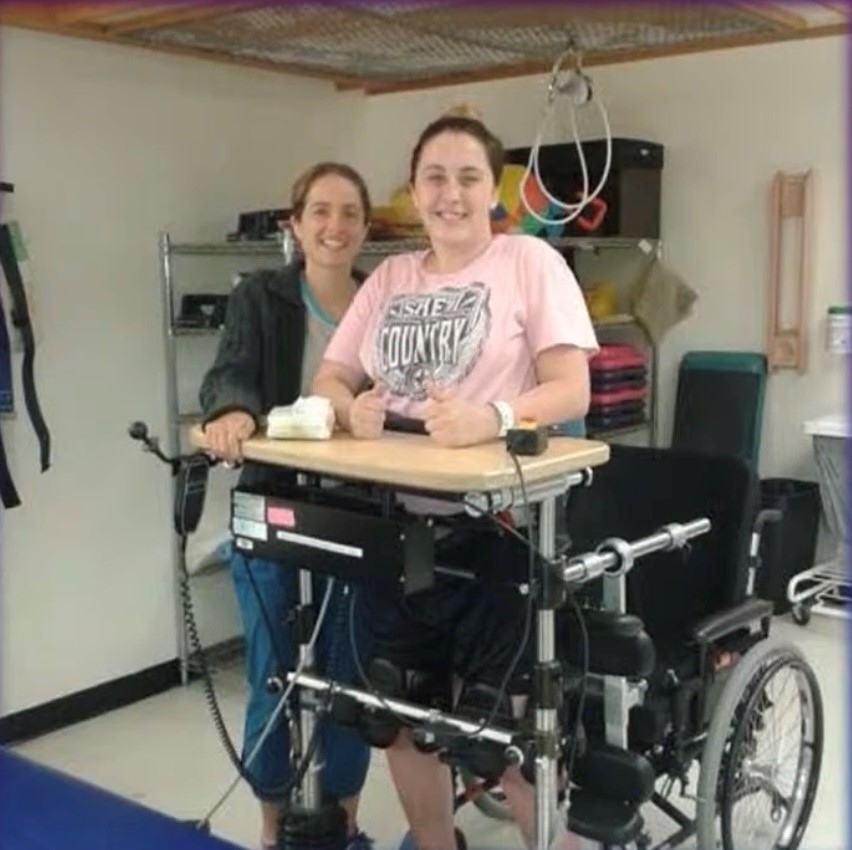 Paramedics used a boat to move a stretcher carrying Lambert back to their ambulance.  She was transported to a nearby field where an Ornge ambulance was waiting.

Lambert was airlifted to the Trauma Centre at the Ottawa Hospital’s Civic Campus.  Scans revealed she had a fractured lower lumbar, a broken pelvis, leaking spinal fluid and bone fragments piercing her compressed organs.

She would have multiple surgeries.

"That’s when the doctor said I might not walk again. That was very hard. My whole life was flashing before my eyes.  When you’re so young and you have your whole life ahead of you, the last thing you think is ‘am I not going to be able walk again?'"

Instead, Lambert committed her thoughts to a different outcome.

"My goal wasn’t just to walk out of there, but run again. I decided I was going to be back to the way I was before."

About a week after the accident, Lambert touched her leg and could feel something.

"It was the most miraculous and crazy feeling ever," she said beaming. 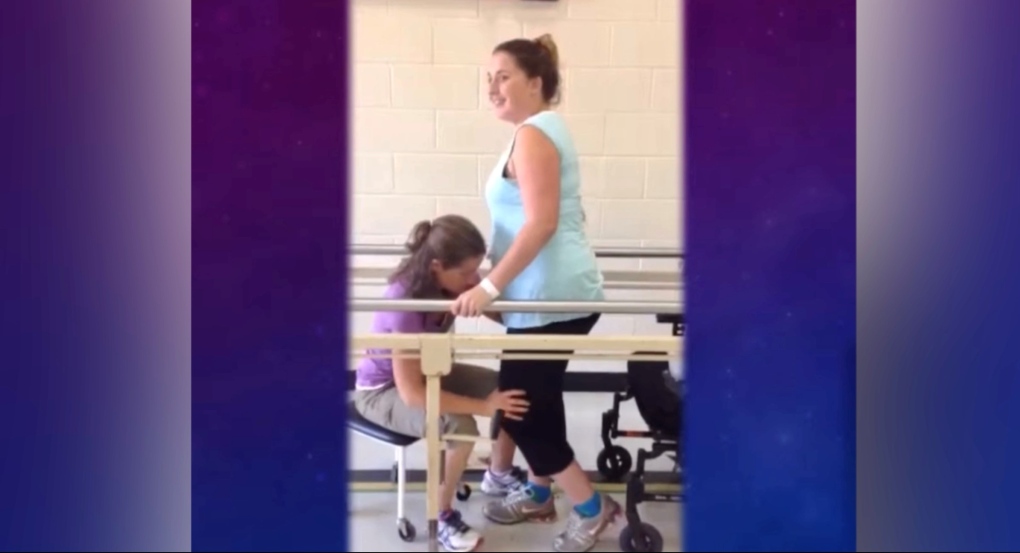 Soon after, by Father’s Day, she was able to move in a wheelchair, unassisted.

“My Dad said that was the best Father’s Day gift he could have ever received.”

"I was able to hold myself up with my legs.  I had enough strength to determine that everything was progressing."

"I was able to walk for the first time. It was the most amazing and best day of my life," she said, with tears in her eyes.

Every day, her strength and determination grew. 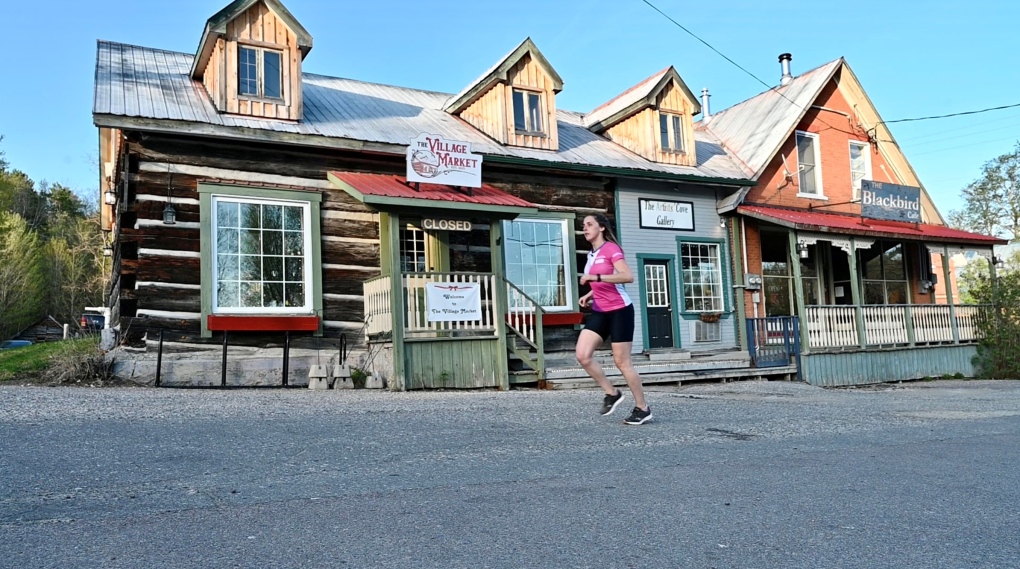 Lambert walked out of the hospital and into her new life, two weeks earlier than her doctors and therapists had predicted.

"Not only was I walking, but I was walking without the use of canes, or a four-wheeled walker."

Lambert said there are no words to fully convey her gratitude to the doctors, nurses, PSW’s, physio and occupational therapists at the Ottawa Hospital.

"They were with me every step of the way.  If my parents weren’t there, the caregivers at the hospital were there to keep my faith and hope alive and tell me that things were going to work out."

"Things" have more than worked out.

The young woman, who feared she may never walk again, is now running.

She’s since finished three half-marathons and is training for her first full marathon during Tamarack Ottawa Race Weekend 2022. 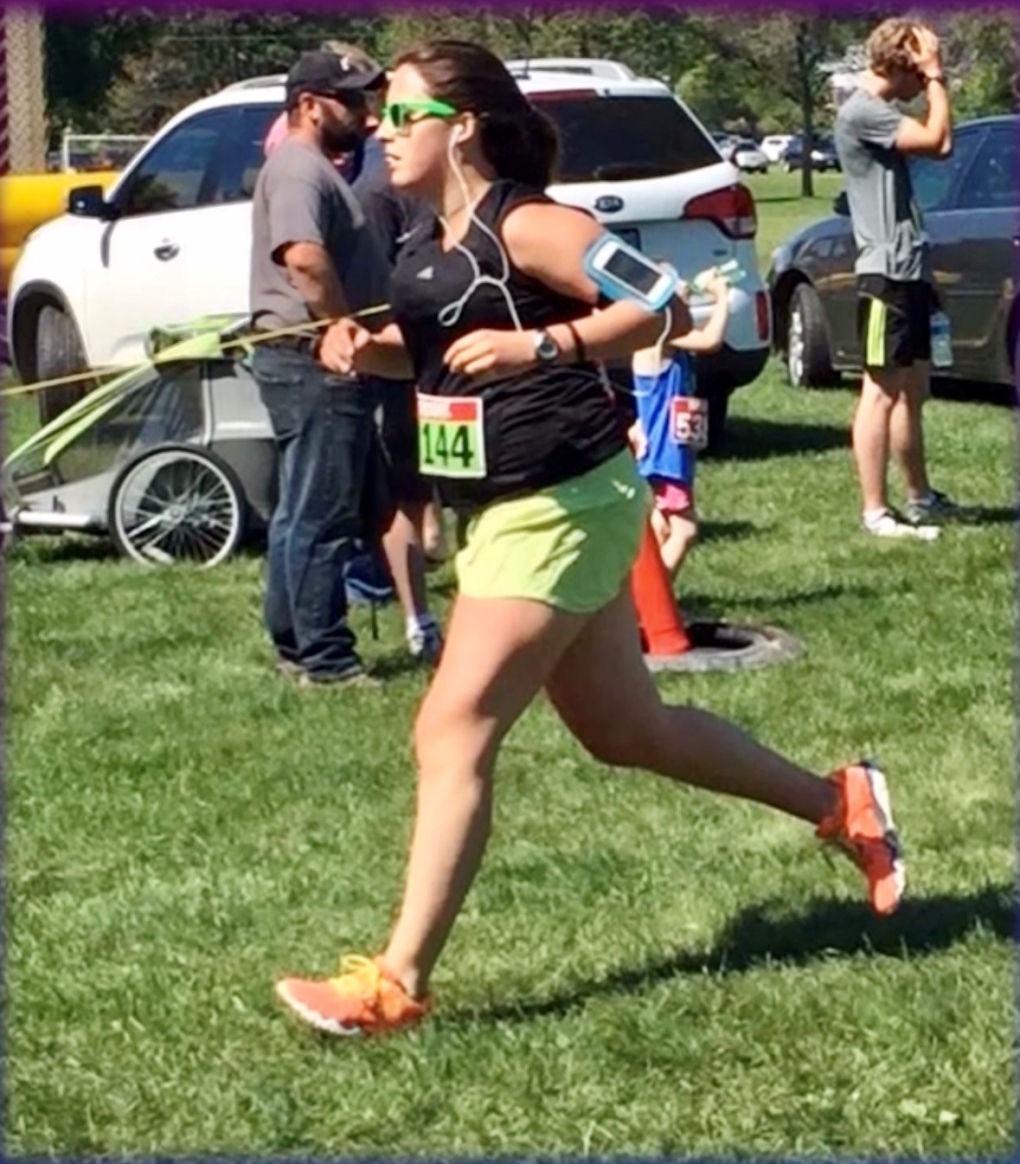 “I still pinch myself and ask myself why am I doing this?” she laughed.

"But I love a good challenge and I keep telling myself if I can learn how to walk again, I can train hard and stay focused to run the marathon."

Jess Lambert hopes her story will inspire others feeling the pain of daunting realities.

"Even if the odds are against you, you can still do it," she said.

To support Jessica Lambert during Tamarack Ottawa Race Weekend, you can donate to “Jess’s Joggers” at https://raceroster.com/events/2022/50770/tamarack-ottawa-race-weekend-2022/pledge/participant/13326624.

Russian missile attacks on residential areas in a coastal town near the Ukrainian port city of Odesa early Friday killed at least 18 people, including two children, authorities reported, a day after Russian forces withdrew from a strategic Black Sea island.