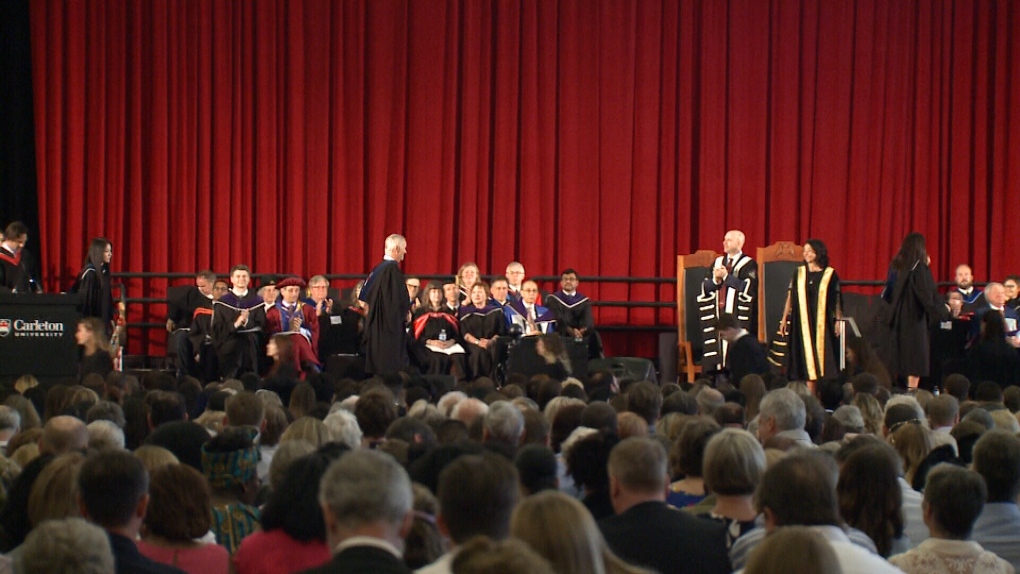 The founder of Ottawa’s music festival Bluesfest walked across a different stage on Wednesday.

Mark Monahan received his degree in Communications and Media Studies from Carleton University, a degree that was decades in the making.

Monahan enrolled in Carleton back in 1980 in what was then called Mass Communications.

“It was an interest of mine at the time, the study of the media and how it was influencing society.”

After four years at Carleton, Monahan said he applied to graduate in 1984 but was told he was two credits short.

At the time, Monahan was working with a buddy he met at Carleton, who did get his degree that year, the pair started Eddie May Mysteries, a murder mystery dinner theatre franchise, and it was going well.  He then got into the nightclub business and that was then he realized he could pair his two passions, business and the arts.

“That really was the start of my foray into the music business and eventually led to the beginning of Bluesfest.”

Bluesfest was born in 1994, and has since grown to one of the largest and most successful music festivals in the country.

But even with all the success Monahan knew he had something left to do.

“I have four daughters the oldest is 23 the youngest is 16 and I’ve always preached to them how important education is so I thought, you know what I should really go back.”

In the fall Monahan enrolled once again at Carleton and over the school year finished his two courses in Qualitative and Quantitative Research.

“It was interesting,” he says.

Now all that hard worked has paid off, holding his degree in his hands, he intends to display it proudly,

His advice for other college and university students is simple.  Finish what you start.

“I would encourage people to finish it while you can,” Monahan says,

“These things are easy to put off and hard to come back and complete.”