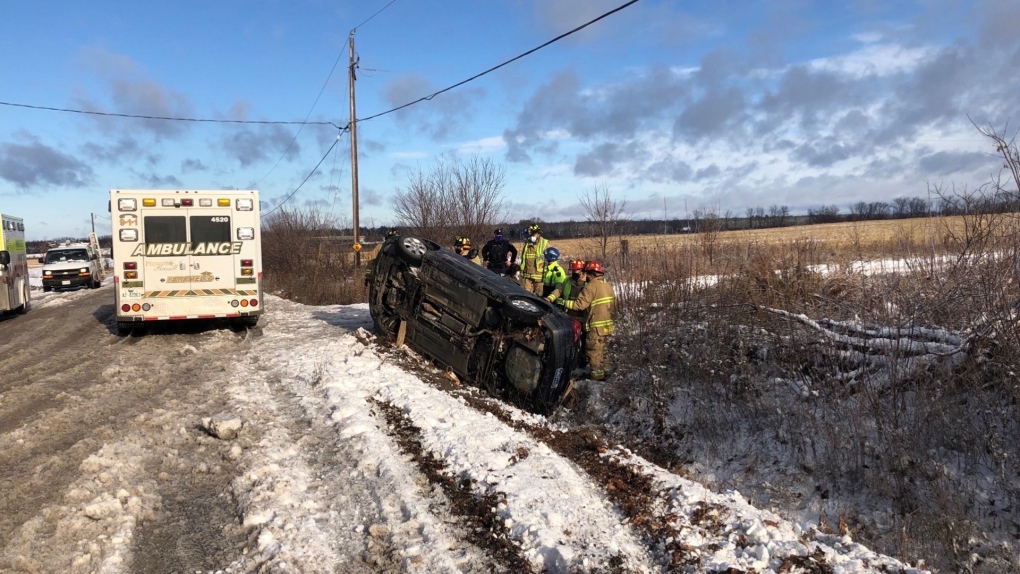 Firefighters and other emergency responders aid a woman who was trapped after her car flipped onto its side in a ditch on McVagh Road in Vars. Nov. 23, 2020. (Photo courtesy of Ottawa Fire Services)

OTTAWA -- Ottawa Fire Services (OFS) says an injured driver was rescued after ending up in a ditch in Vars Monday morning.

Ottawa Police contacted OFS just after 9:30 a.m. on reports a car had flipped into the ditch on McVagh road. The injured driver was trapped in her vehicle, which came to rest on its side.

An Ottawa Bylaw officer who was also on the scene was able to provide first aid, while firefighters stabilized the car, giving Prescott-Russell Paramedics the ability to reach the woman.

Firefighters used ladders in and beside the vehicle to remove the driver. The entire operation was wrapped up just after 10 a.m.

Ottawa Paramedics took her to hospital with minor injuries.