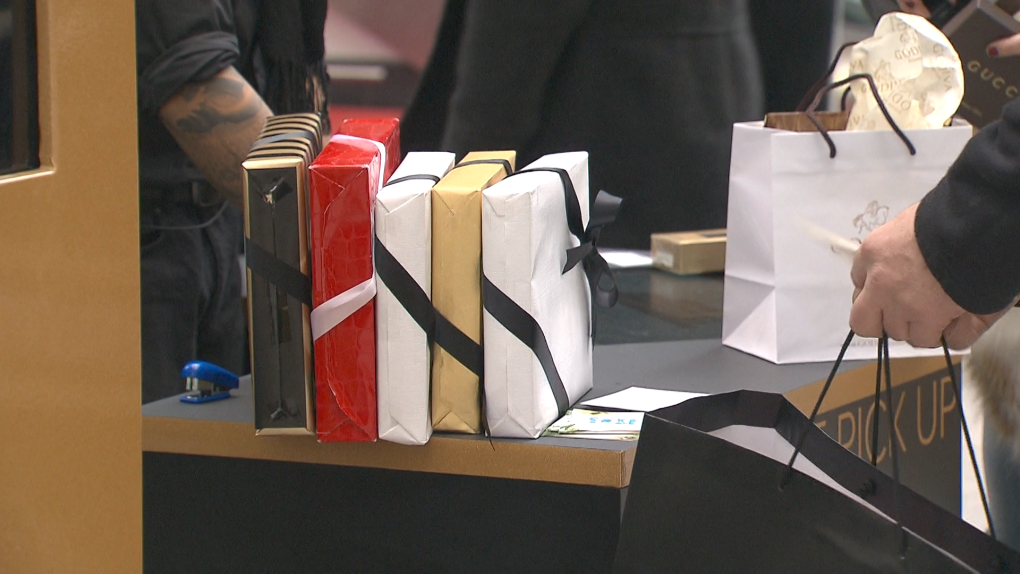 Tis the season for some holiday magic at the Ottawa Christmas Market at Lansdowne.

"It’s so cute. It’s so nice; you can spend as much or as little money as you want going to these events," said Madison Lacoste, while taking in the twinkling lights and sipping on hot apple cider with her family.

As the festive season ramps up, so does the urge to spend and many Canadians are feeling the pinch.

"I would say food is a bigger issue at Christmas time just because more family will be home and you’re trying to make it as special as possible," Karen Baird said Sunday.

"I started shopping later as a result waiting to see my budget, and it’s December now so time to get going," said Samantha Moonsammy as she checked out the local vendors at the market.

"I don’t think the spending is there, especially when you add it to higher interest rates, trigger rates on mortgages and large amounts of debts that Canadians have."

These pressures, combined with the threat of a recession in 2023, have many adjusting their shopping habits this holiday season.

"Even for each other we're probably spending less on each other," said Tony Hendricks, adding he and his wife Michelle are choosing to be strategic when it comes to their shopping.

"We did limit what we spent on each other but we are going to make sure everybody has a good Christmas," Michelle said. "I’m looking for more deals I would say this year."

When it comes to gift giving, retail analyst Bruce Winder suggests looking for last minute sales and other alternatives.