'I don’t want to die,' girl tells brother before losing life to tobogganing accident in Ottawa

Tears stream steadily down the face of a woman set to bury her daughter on Thursday. Sitting next to her is a husband and father who wraps his arm around his wife stoically, though not void of emotion.

The sadness in his eyes tell a story of heartbreak.

"She’d often tell us, 'I'd like to be an actress,'" said her father Joseph Abi Assal.

Josée Abi Assal, 11, was the youngest of her three siblings. She would have turned 12 in February. This would be her first Canadian winter, but on Monday, Dec. 27, it would also be her last; a tobogganing crash took her life.

Tragedy struck at Mooney’s Bay just before 3 p.m. that afternoon. Josée was with her older siblings, and her aunt and cousins who live close by. It was to be a fun family activity on a long weekend following Christmas. Josée’s parents were not there. What they know of the crash is what their children witnessed.

The family says there were three on the sled. They had moved away from the crowds and went down the westbound side of the hill. They say the sled picked up speed, spun around and they were sliding down backwards before slamming into one of the poles. From what doctors have told them, it severed her spine.

"She asked her brother, 'Why did this happen to me?'" said mother Marie-Lou El-Kada. "She told him, 'I don’t want to continue my life paralyzed. I don't want to die,' she told him."

Josée’s brother, Jules, had been on the sled with her and one of their cousins. After colliding with the pole, other relatives including her sister rushed to her side. She asked her sister, Maria, for help, but she didn’t know what to do. Maria told her parents that she kissed her sister as her brother held her while they waited for the ambulance.

"My daughter said to me, 'I didn’t know how to help her.' She said, 'I kissed her.' I told her it’s enough – your kiss," said El-Kada while her face contorted with grief.

The family says they are breaking their silence in honour of a young girl who embodied love and to spare other families a similar fate of insufferable sadness. 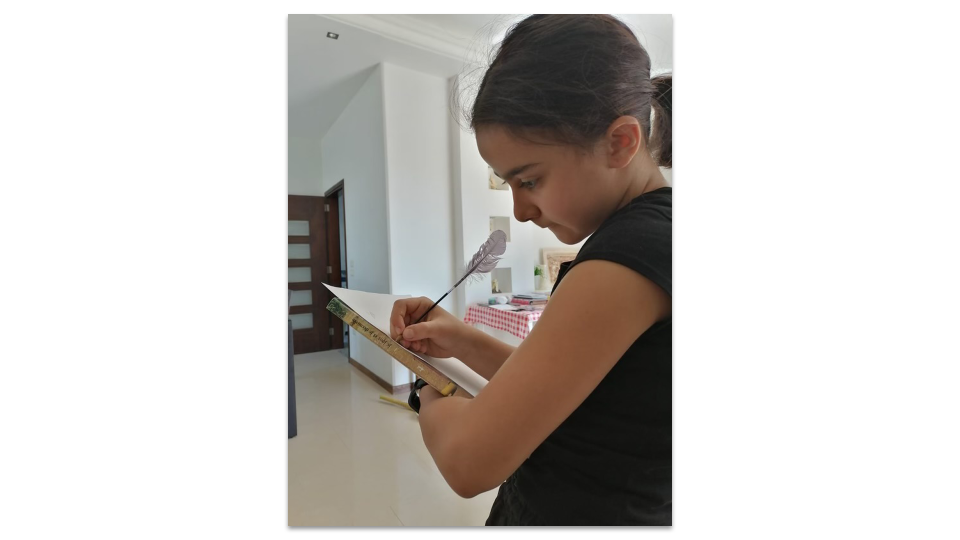 The family of five had moved from Lebanon just six months ago. The Ottawa-Gatineau region was supposed to be their fresh start following the explosion in Beirut and the violent clashes protesting what demonstrators are alleging is a corrupt government.

El-Kada was a senior tax official with the Ministry of Finance back in Lebanon. At 44 years old, she is now studying for her MBA at the University of Quebec. Her husband owned a grocery store but also has transferable accounting experience. The extended family in Canada welcomed them with open arms. The cousins, close in age, were happy to be together – no longer separated by an ocean and several international borders.

Josée was already thriving at her school in Gatineau.

Through her mother's eyes, wet from all the mourning, is still a sparkle that beams with pride. On display during the interview is a trophy for floor hockey, a first place red ribbon for cross-country, certificates of merit and a little red book where she journaled her love for family and God.

The family says their faith keeps them bonded. The uncle who lives near Mooney’s Bay is a priest. They say it is that same faith which makes them hope their daughter’s death will serve a greater purpose. They are hoping the city of Ottawa will do more to make the hill safe.

While the city has acknowledged Mooney’s Bay isn’t a sanctioned hill for tobogganing, many Ottawa residents have done just that for decades.

Coun. Riley Brockington is calling for a thorough safety review and says he had a meeting with the Parks and Recreation Department on Tuesday. He anticipates there will be a follow-up next week.

In the meantime, Josée had signed up for organ donation. Her eyes will now help two other people. Even then, the family hopes it is the city of Ottawa that will be able to see that more needs to be done.

A friend of the family has set up a GoFundMe page in support of Josée Abi Assal's family. Click here to donate or leave a message offering your sympathies.