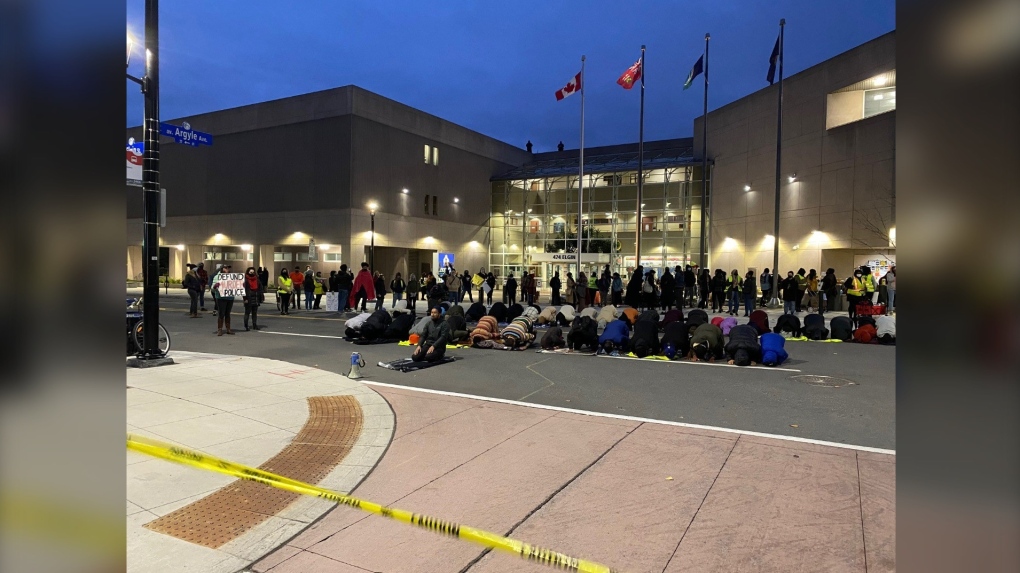 OTTAWA -- Hundreds of people gathered in downtown Ottawa and marched to the Ottawa Police Service headquarters to protest the not guilty verdict in the death of Abdirahman Abdi.

Four days after Ottawa Police Const. Daniel Montsion was found not guilty of manslaughter, aggravated assault and assault with a weapon, the Justice for Abdirahman coalition organized the rally and march Saturday afternoon starting in McNab Park.

At one point, the group occupied the intersection of Bronson Avenue and Catherine Street, yelling "Abdirahman Abdi."

The group called for reform within the Ottawa Police Service and urged people to remember Abdi.

Signs at the rally included "No Justice, No Peace," "Defund the Police" and "Remember Abdirahman Abdi."

A message on the pathway at the park said, "Cops only get use of force training. They need conflict resolution training and human rights training." 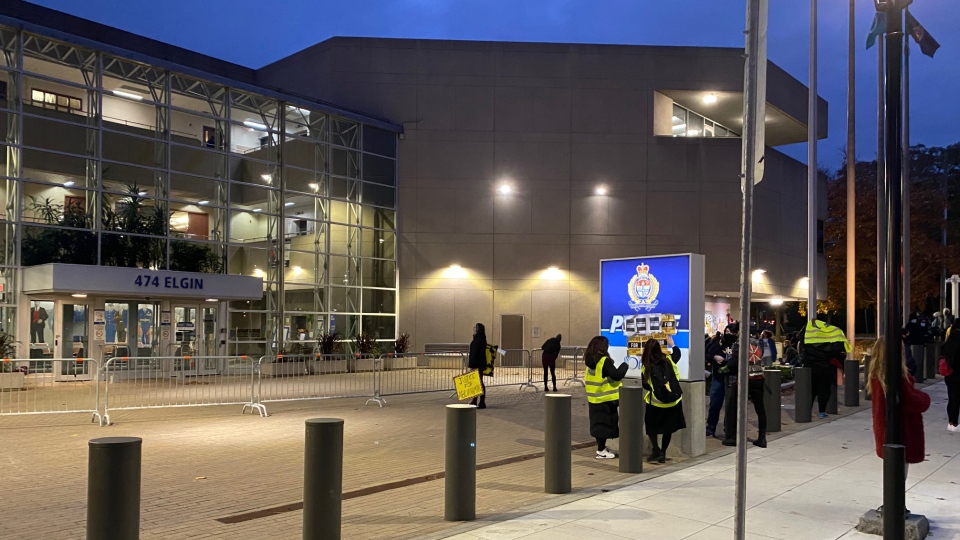 The Justice for Abdirahman Coalition issued five demand for the City of Ottawa on Saturday:

On Tuesday, Justice Robert Kelly found Const. Montsion not guilty on charges of manslaughter, aggravated assault and assault with a weapon in the death of Abdi.

In rendering his verdict, Justice Kelly said the Crown had failed to prove beyond a reasonable doubt that the force Montsion used during the arrest of Abdi on July 24, 2016 was unjustified.