OTTAWA -- For years, there have been stories about drivers who have been gouged or intimidated by some tow truck companies.

The city wants to put a stop to that with a report recommending a new licensing regime for the tow truck industry.

If you have ever been in or seen a collision, you might have witnessed multiple tow trucks vying for business.

Jason Laverty has been a tow truck driver for five years and says some of those drivers are operating without licence to tow.

“It should be the first one there who gets the call. Or if someone is called to the scene, they should be the person that should get it. You shouldn’t have to fight for it,” says Laverty.

The City of Ottawa is now proposing a new licensing regime

Here are just some of the changes: 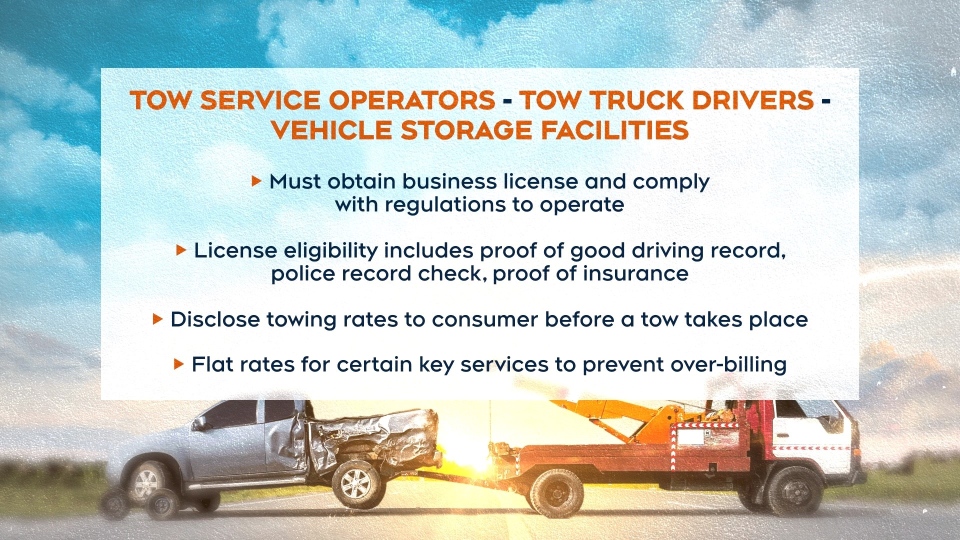 “For any accidents, a flat rate fee would be ideal,” says Laverty. “That way it’s going to stop a lot of the fighting right?”

“The proposed regulations focus on enhancing consumer protection, public safety, the protection of property,” says Luloff. “Areas of concern include the high fees that are charged for towing and storing vehicles. How transactions and agreements for towing and storage services were occurring on the fly. Concerns about safety.”

CAA tows thousands of vehicles per day in Ontario.

Mike Schmidt, the operations manager for CAA North and East Ontario, says of the 444 municipalities in the province, only 19 have bylaws for towing.

“A lot of the tow trucks, they sort of chase the accidents and that’s where a lot of this stuff comes into play,” says Schmidt. “We definitely support everything on the provincial level, that would be the biggest thing. Anything that the city puts in in the interim is just fantastic.”

There will be some exemptions from the new regulations, including: 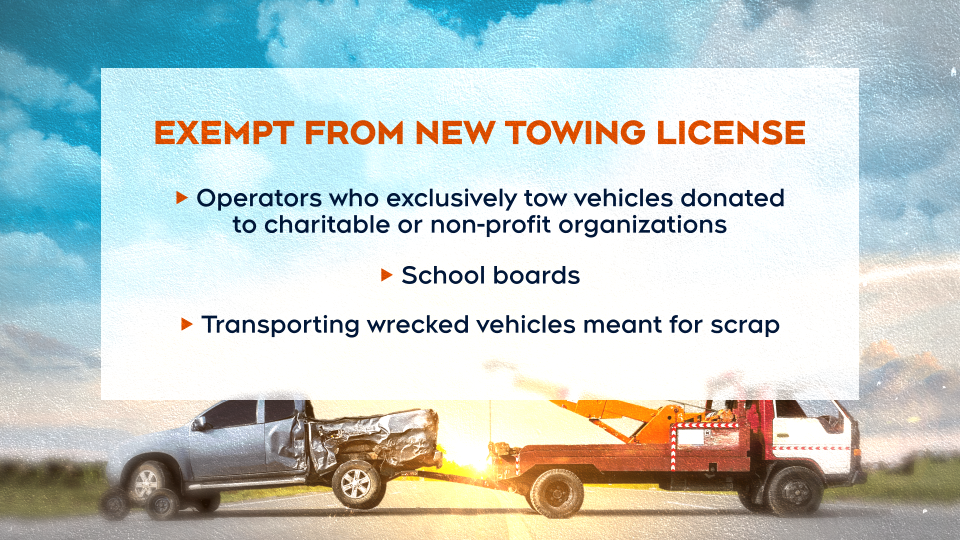 Even Luloff himself has had a bad experience, all for accidentally swapping two letters when punching in his license plate number at the parking meter. Even though he paid for parking, they still towed his vehicle for having the wrong plate number on the ticket on his dashboard.

“I paid the full rate,” says Luloff. “So on top of that rate, I got stuck having to pay for the towing services and for storage services, on a vehicle that had already been paid for. And so it was a total nightmare. Trying to deal with the owner of the company was incredibly difficult. Staff were very aggressive with me.”

Laverty says he is pleased action is being taken to control the wild west of towing.

A city committee will deal with the changes next week.

An earlier version of this story said auto clubs will be exempt from the new towing licences. In fact, they will still require a licence if they operate tow services, but would be exempt from transactional requirements and prescribed fares and rates because of their pre-arranged services.