'How good is your hood?': Looking at the growth in Ottawa's hottest real estate market 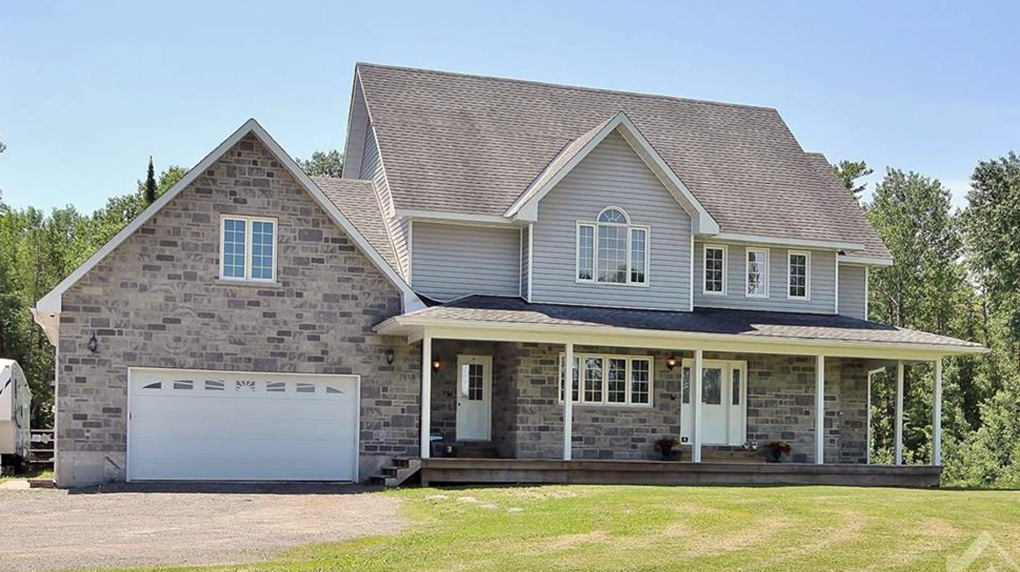 OTTAWA -- Low inventory is still described as the main reason for Ottawa’s hot "seller’s market" over the past 36 months.

Fewer properties have been listed for sale.  Taylor Bennett, a broker with Bennett Property Shop Realty has done a deep-dive into trends.

"We have seen a downward trend in the number of available properties for sale.  That, along with our growing population, Millennials entering their home-buying years and the re-introduction of Baby Boomers, looking to downsize, adding more buyers to the market.

“This has tilted the market in the sellers' favour - not only are homes selling for higher prices, but they are selling faster than ever before,” said Bennett.

Having just finished the third quarter of 2020, Bennett wanted to take a closer look at where we are seeing the most growth.  Why are certain styles more popular?  And what are the specific trends in these highly sought-after areas?

“Carp has been on this list before, located so close to the IT sector in Kanata, but offering large and private lots. You tend to get more value for your dollar,” according to Bennett.

“That’s a popular style in a sought-after area,” says Bennett. 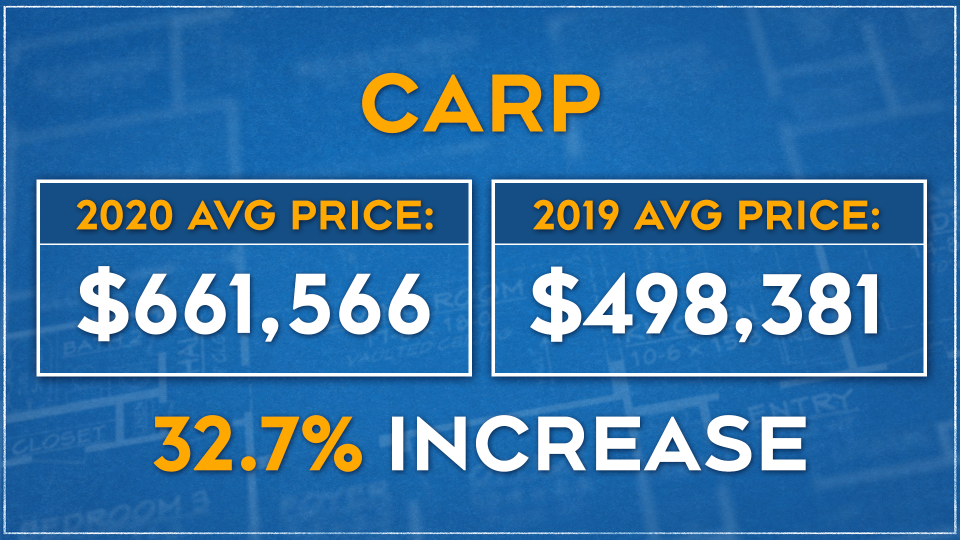 "Focusing only on the towns, areas, and regions outside of the National Capital Region, even in the most expensive areas prices are still very affordable.  But as buyers adjust to this new world and their need to be in more developed urban areas changes, we are seeing substantial growth in areas a short commute away.” says Bennett.

“Not only are the prices of homes more affordable in these areas, but the size of the dwellings and the lots themselves are much greater than their inner-city counterparts.  Now that many employees across the city have been asked to work from home, these outskirt areas are becoming more sought-after - but they still offer great value.” 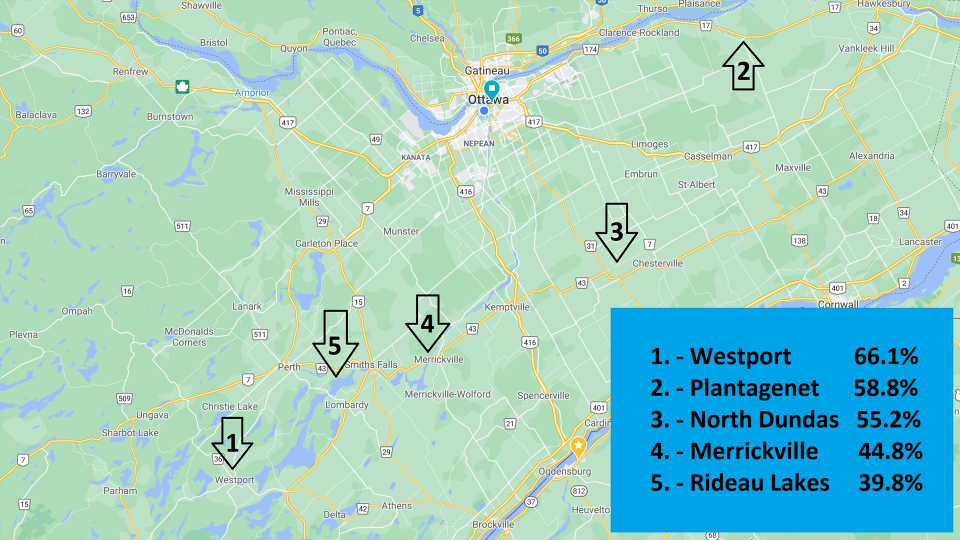 Growth in what is considered the "inner" part of the Ottawa’s real estate district is similar to the pattern last year.

"The areas we have seen the greatest growth are not in the typical centrally-located urban areas we saw last year, but rather more family-oriented areas with some of the better schools in the city," says Bennett.

"As in the Carp example, we have also seen a large increase in the demand for bungalow-style homes - not only is the lack of stairs appealing for the retiring demographic but the layout and typically large open-concept lower levels make this style ideal for growing or multi-generational families.”

Manotick has experienced a huge jump, year over year, an increase of 67.3 per cent for a detached, two level home.

For those interested in the condominium market, the areas of growth are a little different from 2019.

“Hintonburg is the only neighbourhood that was found on this list both years, and if you have spent any time there, it's fairly obvious why the demand to live there is high; some of the best restaurants and cafes in the city, centrally located, and much cheaper than the adjacent Westboro," says Bennett. 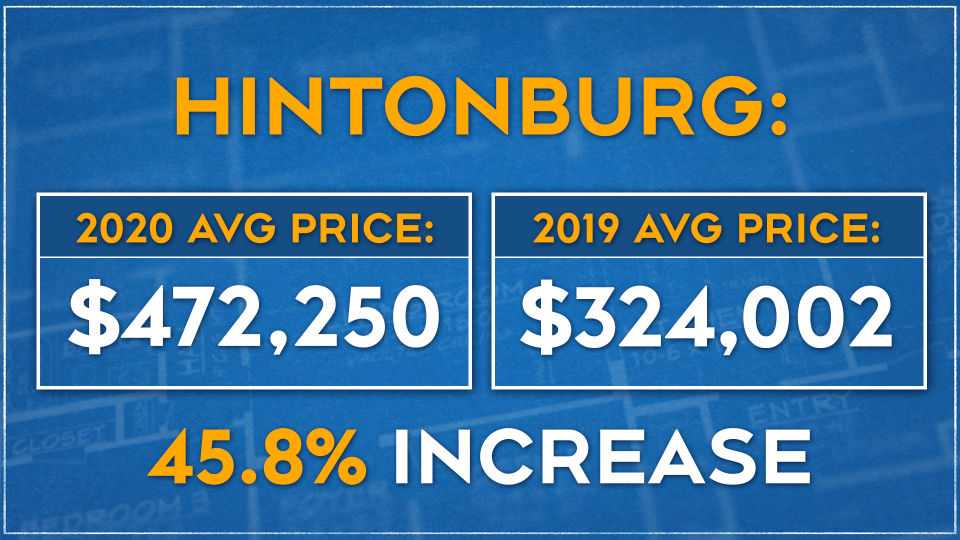 "The other four neighbourhoods on the list are newcomers – Glen Cairn, Carson Meadows, and Blossom Park each offered very affordable prices providing great options for first-time buyers in well-established areas with shopping, parks, and transit already in place."

"The popularity of Heritage Hills can likely be attributed to Baby Boomers living in Kanata who want to downsize, reduce their home-maintenance and upkeep, but don't want to uproot their lives and want to remain in the same familiar area."

Bennett doesn’t want those looking to buy a home in Ottawa to feel discouraged by this type of growth, saying it can be intimidating and discouraging.

"Please keep in mind for every one of these record-setting areas there are also areas on the other end of the spectrum.  As previously noted the Ottawa real estate district is huge - there are many little pockets in the city offer very affordable options, you just have to know where to look."

He adds, “For many of us, our lifestyles have changed due to COVID-19, so too have our requirements in a home.  A rural home, or condominium, may now be the perfect fit for you.  Unlike in larger metropolises across Canada, Ottawa's market can typically offer both urban and rural options for most buyers.”