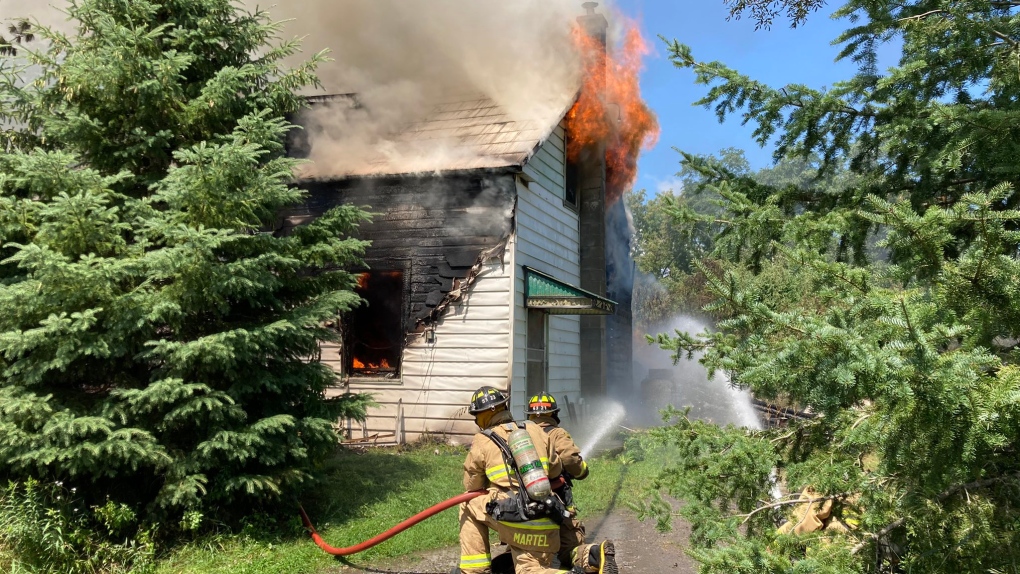 Firefighters at the scene of a house fire on Malakoff Road on Friday, July 23, 2021. (Ottawa Fire Services)

OTTAWA -- A homeowner and two firefighters were injured in a major house fire in North Gower on Friday.

The fire broke out just before 11:30 a.m. and quickly fully engulfed the home on Malakoff Road near Cowell Road.

The flames spread to two large propane tanks feeding the home and parts of the structure collapsed, fire officials said in a news release.

The homeowner, a man in his 70s, suffered first-degree burns to his head and hands while escaping the fire. Paramedics treated him at the scene, but he declined to be taken to hospital.

Two firefighters were also injured. One in his mid-30s suffered a minor injury to a lower limb and was treated at the scene.

The other, in his 40s, experienced a medical emergency and was taken to hospital, paramedics said.

The fire was under control just before 1:20 p.m., but crews will be shuttling water along Malakoff Road to fully extinguish the blaze.

An investigator is working to determine what caused the fire.