Home undamaged after car bursts into flames in driveway

Home undamaged after car bursts into flames in driveway 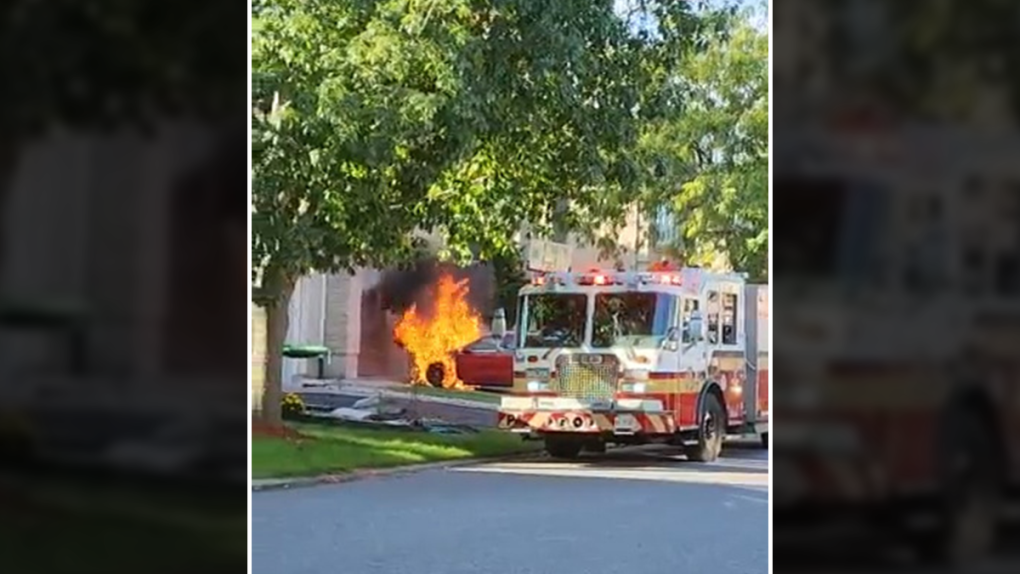 Ottawa firefighters kept a home from being damaged by fire after a car in the driveway burst into flames Tuesday morning.

The vehicle was parked just outside the garage of a house on Manning Court in Kanata. Flames and thick smoke were shooting up from the front of the car around 8:45 a.m.

The Ottawa Fire Service says the fire was put out quickly and it didn’t spread to the home, just a metre away.

OFS could not immediately confirm the make and model of the vehicle.

No one was reported hurt.

Researchers from Quebec and Ontario are calling for better testing to track the spread of tick-borne germs as the disease-causing bacteria gain new ground in Canada.

U.S. deputy who catfished teen, killed her family was on psych hold in 2016

A Virginia sheriff's deputy who killed the family members of a 15-year-old California girl he tried to sexually extort online had been detained in 2016 for a psychiatric evaluation over threats to kill himself and his father, years before he joined law enforcement, according to a police report.

Where do airlines stand in 2023? Industry observers on airfare trends and profit margins

Canadians may see a noticeable drop in airfare early in the new year, something industry watchers say could put airlines on shaky ground financially moving forward.

As Dec. 25 approaches, an international travel website has released its official 2022 list of the 25 best Christmas markets in North America, including six in Canada.

The former mayor of Kelowna, B.C., has been charged with sexual assault, prosecutors announced Wednesday.