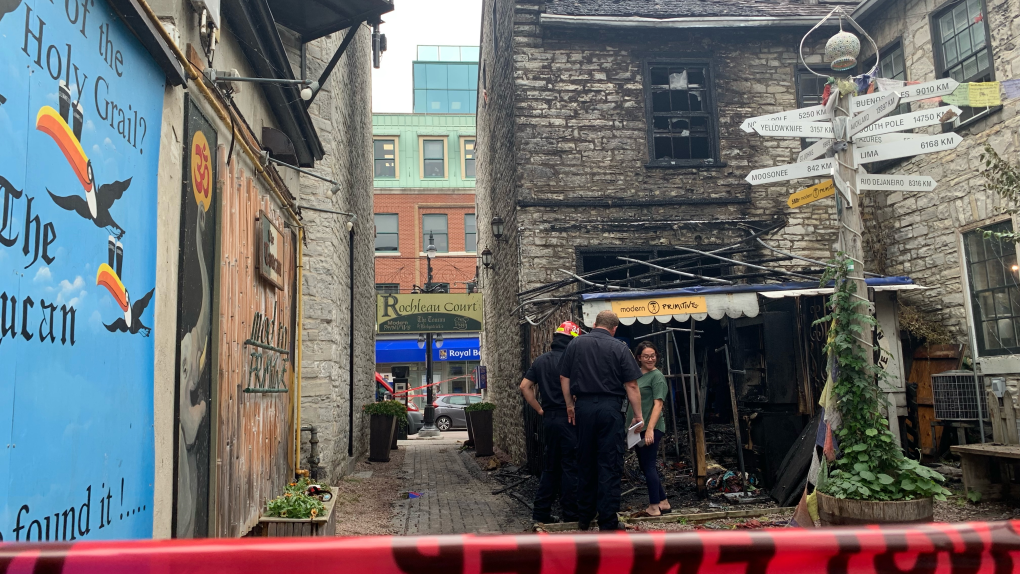 A fire broke out at the back of a building on Princess Street in Kingston, Ont. on Thursday. (Submitted)

Investigators are searching for the cause of a morning fire in a 214-year-old building in downtown Kingston, Ont.

Emergency crews responded to a fire in a building that houses Modern Primitive and an apartment on Princess Street at about 7:30 a.m. on Thursday. The fire could be seen from blocks away.

Kingston Fire says the fire started in a structure at the back of the building and spread to Modern Primitive. There are three apartments located inside the building.

Kingston Fire says since the building was initially constructed in 1808, it can be a challenge to battle a fire in the building because of the crevices to deal with.

The fire did not spread to other businesses on the street.

No one was injured in the fire.

On Friday, Kingston Fire and Rescue said the caues of the fire was a "source external to the building", and the cause remains under investigation.

No tenants will be displaced because of the fire, and a retail shop was closed for the day.

According to historicplaces.ca, the buildings at 68 Princess Street, 70-72 Princess Street and 346-352 King Street East are together known as the Rochleau Property.

"The Rochleau Property is one of the earliest complexes of stone buildings remaining in Kingston," Historic Places says.