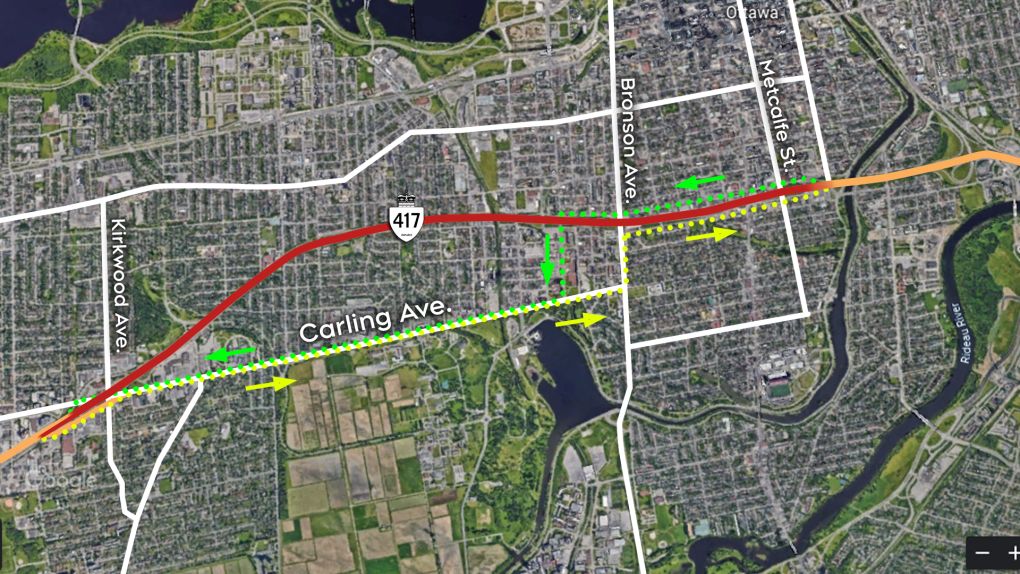 OTTAWA -- The Queensway will be closed in both directions for more than three days next month as crews replace the bridges that go over the O-Train Trillium Line.

In a press release, the Tomlinson Group says the work will begin at 7 p.m. July 2 and will continue until 6 a.m. July 6. The existing bridges will be demolished and replaced during that time.

Highway 417 will be closed in both directions between Carling Avenue and Bronson Avenue starting at 8 p.m. July 2. The highway is expected to reopen by 6 a.m. July 6.

The following ramps will be closed starting at 7 p.m. July 2, Tomlinson says.

In addition, the ramp from Rochester Street to the 417 westbound will close from 7 p.m. June 30 to 6 a.m. July 6 and Orangeville Street will close between Rochester and Booth streets between July 2 and 6.